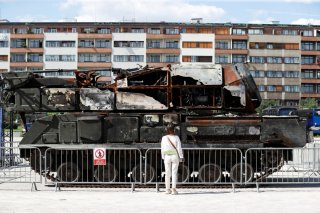 Russia’s war in Ukraine has deep historical roots. Building on his previous assertion that Ukrainians, Belarusians, and Russians are “one people”, and his February declaration that a “special military operation” was necessary to demilitarize Ukraine and protect the people of Ukraine’s Donbass region, Russian president Vladimir Putin likened himself to Peter the Great and the war in Ukraine to Russia’s conquest of the Baltic from Sweden. In a June 10 speech commemorating the 350th anniversary of the birth of Peter the Great, Putin emphasized that Russia’s first emperor took nothing from Sweden but rather had returned territory to Russia. Noting that no European country recognized Russia’s claim before Peter’s conquest, Putin stated that Russia’s mission in Ukraine was “to restore and to strengthen” its state sovereignty by reincorporating historical territory.

Putin’s recent comments are more than a personal comparison to Peter the Great; they are an elaboration of Russian grand strategy practiced over the centuries. Originally the political project of medieval prince Ivan III, Russian rulers have sought control of the former territory of Kievan Rus—now part of Belarus, Ukraine, and Russia—for centuries. Under Peter the Great, this unification project became an imperial enterprise declared 301 years ago after Russia’s victory over Sweden in the Great Northern War. As shown by recent Russian proposals to annex occupied southern Ukraine and the Donbass region, Peter’s imperial project lives on.

In its unification and imperial iterations, Russian grand strategy has historically driven Russia to view territorial expansion as its preferred security policy. Russia’s core territories, centered on Moscow, were landlocked and perennially vulnerable to attack due to a lack of natural barriers that could hinder enemy movement or aid in territorial defense. After Ivan III declared independence in 1480, Russian rulers gradually expanded east, south, and west. As Russia expanded, it formed territorial buffer zones between its frontiers and its inner territories and consistently prioritized access to the sea, particularly the Baltic and Black Seas.

Today, Putin seeks control of the same geography as Peter the Great. Since no country challenges Russian sovereignty over St. Petersburg or access to the Baltic, Putin’s strategic focus is centered on Ukraine and the Black Sea. However, once Ukrainian military successes precluded Putin’s original goals, Russian forces retreated from Kyiv, Chernihiv, and Sumy to concentrate on seizing the Donbass region and Ukraine’s coastline. Instead, establishing control of the Donbass’ Donets ridge and Azov upland will strengthen Russia’s position between Ukrainian-held territory and the economically vital Don River that connects central Russia’s riverine commercial network with the Black Sea, a critical outlet for global trade. Similar to Peter the Great’s first conquest, which involved the seizure of the Azov fortress at the mouth of the Don River, Russia seized the entire coastline of the Sea of Azov and established a land bridge between the Russian mainland and the Crimea peninsula. Further, Russian control of the city of Kherson denies Ukraine access to the sea via the Dnipro River and outflanks any potential Dnipro defensive line protecting western Ukraine.

Putin’s comparisons to Peter the Great offer further insight regarding his intentions in Ukraine. Initiated in 1700, the Great Northern War lasted twenty-one years and started with a major Russian defeat at the battle of Narva. Peter the Great spent eight years rebuilding the Russian army before facing an existential invasion by the then-dominant Swedish army. Ukrainian Cossacks rose in rebellion in 1708 and allied with the Swedish invaders in a bid to establish independence from Russia. Peter’s decisive victory at Poltava over the Swedish-Ukrainian army dramatically changed the course of the war in Russia’s favor and remains one of Russia’s greatest victories. It was also the beginning of the end of the first Ukrainian state, the Hetmanate.

Putin’s comparison interpretation of Peter the Great, however, is flawed. Peter relied heavily on allies and prioritized coalition-building against Sweden. Today, most of Europe stands united through NATO and the European Union against Russia’s invasion. Sweden itself has even shed its longtime neutrality to seek NATO membership. Even after Poltava, Peter the Great fought for another twelve years and needed to build a coalition consisting of Denmark, Saxony, Poland-Lithuania, Hanover, and Prussia to defeat Sweden. Today, an international coalition supports Ukraine while the Russian Federation bears a closer resemblance to Peter the Great’s adversary, the Swedish Empire.

Putin’s comments add clarity to Russia’s long-term intentions in Ukraine. First, Russia will continue to prioritize control of Ukraine and the Black Sea region. Second, mounting Russian losses will not dissuade Russian leaders from continuing to conduct offensives into Ukraine. Third, any Ukrainian territory taken by Russian forces is likely to remain a permanent loss for Kyiv for the foreseeable future. If every step forward furthers Russian national restoration and strength, territorial exchange or return is unacceptable. So long as Russia has the military means to achieve its goals, Moscow will continue “to restore and to strengthen” its hold in Ukraine. For Putin, Russia’s sovereignty requires it.