Will the Biden Administration Squander the Veterans Affairs Reforms Made By Trump? 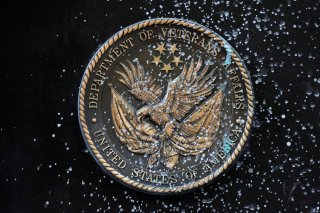 As the Biden administration’s senior officials move into position and map out their initial objectives, the new Secretary of Veterans Affairs would be wise to build on the significant gains made by the previous administration in supporting those who have served their country.

While much was accomplished in the last four years, more is always possible. If, however, the administration opts to pursue a social justice agenda versus placing veterans at the center of the veterans affairs mission, then the men and women who have selflessly served our country will pay a heavy price.

The Department of Veterans Affairs was born from the Second Inaugural Address of Abraham Lincoln. In what he considered the most important speech he ever delivered—Frederick Douglass called it “the sacred effort”—an exhausted president, surveying the carnage of America’s most pestilential war; called upon his nation to repent and “to care for him who shall have borne the battle and for his widow and his orphan ~ to do all which may achieve and cherish a just and lasting peace among ourselves and with all nations."

Forty-one million Americans have put on the uniform since 1775, and more than one million have given their lives on what Lincoln called, “the altar of freedom.” Today the Department of Veterans Affairs is the second-largest department in government, serving 9.5 million veterans in 154 hospitals and 1,200 clinics.

Four years ago, the Trump administration inherited a department with an approval rating of 37 percent according to CNN. Department leaders were caught misrepresenting veterans’ access to health care. Morale within the department was low and it was hemorrhaging employees. Tragically, veterans were dying in the halls of VA hospitals.

The direction from the Trump White House was clear: It would confront the status quo. It would treat veterans as soldiers who earned the support of their government and refuse to treat them as victims with grievances. It would veto the naysayers who consistently oppose modernization or change and serve veterans, not the Beltway. Also, it would put people in charge who spoke the language of service and understood the culture.

With that guidance, Veterans Affairs was reborn in four years. The leadership took Lincoln’s charge seriously and put veterans at the center of their own care. A change came by leadership listening to employees and veterans. Every state and all but one territory was visited. Officials talked to veterans without the filters of political Washington. Morale soared.

When the Trump administration left town, the Department of Veterans Affairs approval rating for health care stood at 90 percent. Also, among the fastest-growing population—women—the department had an 86 percent approval rating. Now, the department provides a full range of services for women veterans and has a military sexual trauma coordinator at each of its medical centers. Over 60 percent of the workforce is women.

Department of Veterans Affairs leadership understood that veterans had been demanding options outside of department care for years, and as a result, delivered real, permanent choice to them through the MISSION Act. Now, millions of veterans are getting care right in their communities. Choice can exist and flourish within a government agency—and the Department of Veterans Affairs is proof of that truth.

Veterans liked what they saw and started voting with their feet. The department completed a record number of appointments in the fiscal year 2019—59 million—the same year the MISSION Act took effect. Giving veterans choice did not mean the end of the Department of Veterans Affairs. Instead, it made the department more accountable and empowered its staff to once more live up to the legacy of the department. Using regulations already in place, the department dismissed over eight thousand employees. This is unheard of in government.

From 2014 to 2016, the Department of Veterans Affairs was near the bottom of federal agencies in the non-partisan Partnership for Public Service survey of best places to work in the government. Now it is ranked sixth and is expected to climb higher up the list this year. Forbes listed it as the top employer in seventeen states.

The department achieved what all the experts in Washington said was impossible by rolling out a modernized electronic health record that will make it easier than ever for health professionals to access veterans’ medical history. The Obama administration said it could not field the health record and gave up. But the Trump administration broke out of fossilized government thinking. Instead of throwing in the towel because the bureaucracy could not find a solution, the Department of Veterans Affairs went to the market and found a proven off-the-shelf computer program.

It worked. No longer will veterans have to lug boxes of paper records around, as my father did after his wounding in Vietnam. VA can now share information with the Defense Department without exchanging paper, and we have a complete picture of that veteran’s health from boot camp to retirement. We finally closed the last circle left open from the Vietnam War by offering caregivers like my mother, who take care of Vietnam veterans at home, the financial, supply and personal support they have been lacking.

By the time the coronavirus pandemic hit, the Department of Veterans Affairs was a different organization than the one most people read about in 2016. While the virus was a serious threat to many non-department nursing homes, early actions to protect the department’s most vulnerable patients resulted in far fewer infections at the homes it managed. The department expanded telehealth to keep in touch with patients in a time of social-distancing.

The performance by the Department of Veterans Affairs during the crisis was so strong that one thousand department staff members deployed on more than thirty-seven hundred missions to assist non-VA health networks, including those that serve Native Americans. By the end of the Trump administration, the VA had tested more than 1.3 million people for the virus and treated more than 125,000 veterans while administering vaccines to tens of thousands of veterans and employees.

During the crisis, the department hired over forty thousand people, proving that professionalizing hiring and human-resource systems can change the trajectory of an organization. Bringing off-the-shelf systems and people from the Pentagon allowed the department to finally dispose of years-long backlogs of congressional mail that soured relations. Appeals backlogs, years in the making, were almost eliminated by modernizing systems and processes.

Under the Trump administration, the department tackled some of the most chronic problems facing veterans with renewed energy. It worked with states to reduce veterans’ use of harmful opioids—which fell 48 percent over the past four years—and began the first nationwide effort to prevent the tragedy of veterans’ suicide.

In four years, VA underwent the most transformational change seen since the end of World War II and emerged from that process with renewed strength. Before January 2017, VA was falling short of Lincoln’s promise.

The danger for veterans, however, is that the success over the past four years will be ephemeral. Legislation has been introduced in both houses of Congress to erase Lincoln’s charge emblazoned on department buildings and veterans cemeteries. It is ironic that the same people who argue that Lincoln’s words are non-inclusive and sexist are the same people who were silent as the Obama-Biden administration left the Department of Veterans Affairs in tatters.

The Biden administration’s priority for the department seems to be to restore union prerogative. This is the same government union that opposed employee accountability, had rent-free offices across the Department of Veterans Affairs, and even fought a directive to end smoking on medical campuses. The social-justice mandate that is the hallmark of the new administration is reaching the department. The irony is that the diversity agenda ignores the basic principle of military life: service has been and will always be the great leveler in American society. The uniform brings together Americans from every corner and social stratum in the country.

The department cannot treat veterans as pawns in an activist agenda. The Americans—veterans and families—walking through its doors are warriors, not numbers.

Veterans are the priority, not the “woke.” Be on guard for a retreat from choice, accountability, and modernization. Giving unions, lobbyists and those who perpetuate the picture of veterans as victims a veto over the decisions and direction of the department ensures that veterans will come in second. We owe our defenders—and Lincoln—much better.

A former secretary of the Department of Veterans Affairs, Robert L. Wilkie is a visiting fellow in The Heritage Foundation’s Center for National Defense.