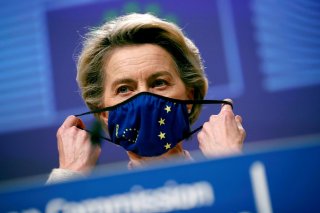 At last Britain and the European Union have signed a deal for Brexit. Aside from its specific provisions, its existence lifts a lot of economic uncertainty and in that respect alone should help boost growth on both sides of the Channel, not the least because it coincides with the beginnings of widespread coronavirus vaccinations. The deal’s provisions gave both sides most of what they wanted, at least on the surface, but this agreement still leaves Britain with a tough road to travel over the long run and no end of tension with Brussels.

London went into these negotiations with three broad objectives: 1) It wanted to keep open, tariff-free trade with EU members, which absorb about half or Britain’s exports. 2) It wanted to secure for British finance the privileged position in Europe that it enjoyed while the UK was an EU member. 3) London wanted to secure sovereignty to free itself from EU rules and regulations, including Brussel’s insistence that it remain open to immigration from EU members.  Britain got some of what it wanted, but far from all and none of it free and clear from the judgment of EU authorities in Brussels.

The most gratifying part of the agreement (for both sides) is that trade will continue tariff and quota-free for goods and some services. This provision alone will mitigate much of the pain of separation. Trade between Britain and the rest of Europe amounts to the equivalent of some $900 billion a year. That suits producers on both sides of the Channel and will allow Britain to keep the many production facilities located there by third parties, prominently Japanese firms, to gain duty-free access to the entire European market. What is more, the agreement allows Britain to restrict immigration from EU countries, something Brexit supporters very much wanted, though it will hardly solve the country’s more general immigration problems as they involve migrants from other parts of the world. The deal gives Britain freedom from EU product, labor, and environmental regulations. This provision gives different benefits to each side. For Britain, it not only allows London to write its own regulations, but it allows Britain to forge new trade deals with other nations, such as the United States and Japan, without having to insist on EU rules.  This concession by Brussels should also benefit the EU by giving greater flexibility than it had previously allowed itself in negotiating trade deals with third parties.

While this looks like much of what Britain wanted, practical matters will significantly reduce London’s sovereign latitude to chart its own course. According to the agreement, the EU has the right to end the tariff-free arrangements if in Brussel’s judgment Britain has begun to use “unfair” trading strategies. Since tax and regulatory policies are all subject to such judgments, London in the end will need continually to look to Brussels as it makes policy or frames trade deals with other nations. That is no doubt a disappointment for London but not nearly as big a disappointment as the fate of British finance. Financial services loom large in the UK economy.  The deal does not, as London had wanted, give British finance the free access to members of the EU it had when Britain was a member. In anticipation of this disappointment, many British financial firms had already established independent operations on the continent and moved jobs and income accordingly. With this matter now clear, many more will follow. This is an economic hole that will take Britain a long time to fill.

Perhaps the most difficult part of this settlement is its Irish aspects. From the start of the negotiations, the border between the Irish Republic and the UK province of Northern Ireland has been a sensitive issue. The accords that ended Irish terrorism had stipulated that the border had to remain open to the passage of goods and services as well as people. Before exit, that was not a problem, since both the UK and the Republic were EU members. With exit, however, even under this general agreement, there would be border checks. To avoid that, this deal includes an Irish exception. The province of Northern Ireland will remain in the EU’s customs area, which will help it avoid the need for border checks. But to make that work, the agreement also insists that Northern Ireland has to abide by broad EU regulatory standards. Effectively, a part of the UK will lie under the laws of a foreign entity. This constitutes what can only be described as a spectacular loss of sovereignty, which, after all, was a primary motivator in the Brexit vote.  It also advances the prospect of Irish reunification.

Because Northern Ireland’s link to London is the basis for calling the country the United Kingdom, the deal may eventually even kill that name. Issues like names and national pride—sovereignty—will take a long time to work out. So, too, it will take a long time for Britain to work through the economic and regulatory constraints and questions raised by these arrangements, most particularly the fate of British finance. For the period immediately ahead, however, the settlement will provide an economic boost simply by lifting many of the uncertainties that have hung over economic decision making since the exit vote in 2016. With vaccines coming on line to lift the still more oppressive economic burdens of fighting the pandemic, the combination should allow both Britain and the EU a pronounced near-term boost.