Will China’s Influence in Brazil Grow Under Lula? 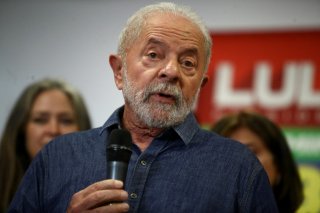 Former President Luiz Inácio Lula da Silva won the Brazilian presidential runoff on the promise of saving democracy from right-wing President Jair Bolsonaro’s “fascism.” Yet despite Beijing’s clear record of malign conduct worldwide and the entrenchment of its influence in Brazil, Lula’s positive view of China appears essentially unchanged: As recently as 2021, he was quoted as commending the Chinese model and holding it up as an example for other countries to follow. Will the second Lula presidency continue on this dangerous path?

China owes much of its current position as a key source of economic and political influence in Brazil to Lula and his successor Dilma Rousseff, who served in office from 2003-2010 and 2011-2016 respectively. Both Lula and Rousseff sought to strengthen ties with fellow BRICS countries while deemphasizing Brazil’s traditional partnerships with Europe and the United States, and both were clearly influenced by the admiration for the Chinese Communist Party (CCP) that has long characterized the left-wing Worker’s Party.

Under Lula, Brazil was seduced by the extraordinary increase in exports to China and failed to invest in instruments to add value to its products and industry, while the mineral and agricultural sectors became increasingly dependent on the Chinese market. Between 2000 and 2016, Brazilian agribusiness exports to China increased by almost 2,000 percent, while diplomats from the People’s Republic of China worked with Brazilian agribusiness to promote a perception of mutual benefit and nurture the growth of a powerful pro-China lobby.

Despite pledging to curtail China’s influence in Brazil, Bolsonaro never managed to successfully push back on Beijing during his four years in office. In 2019, China sent its most experienced diplomat in Latin America to Brazil, initiating a massive elite capture offensive that leveraged China’s two decades of economic influence as an instrument of diplomatic and political pressure to prevent any attempts to disentangle the two countries. With support from media, academia, and even members of the Brazilian parliament, the CCP instantiated the popular view that Brazil would be on the verge of collapse without China.

Chinese sharp power was further honed during the Covid-19 pandemic, with China gaining an almost sacred status as a source of medical supplies and an exporter of inputs for vaccine production—and coupled this charm offensive with a disinformation campaign in Brazil’s prestige press seeking to shape the political environment to China’s advantage. In an effort to keep up the pressure on Bolsonaro, China cultivated ties with the president’s political opposition, including dealing directly with subnational political leaders on Covid-19 assistance. More troublingly, the evidence suggests that China placed a hold on materials needed for vaccine production in order to coerce the government to present itself as more pro-China.

As the United States and Europe seek to revive relations after four years of freezing out Bolsonaro, Brazil’s democratic partners must use their leverage to educate Brazil’s elites on the scale and dangers of China’s malign influence, explore opportunities to reduce Brazil’s economic dependence on China, and support sources of democratic resilience within Brazilian society.

It may well be the case that Brazil’s relationship with China remains at the current status quo. But that status quo is undesirable and, ultimately, corrosive to Brazil’s democratic institutions. If President-elect Lula does not wake up to this reality, he will be doing a grave disservice to the democracy he claims he was elected to restore and protect.

Leonardo Coutinho is a senior fellow at the Center for a Secure Free Society. He is contributing author to “Coercion, Capture and Censorship: Case Studies on the CCP’s Quest for Global Influence,” published by the International Republican Institute in September 2022.