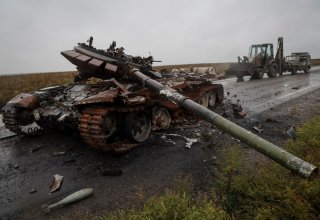 At the end of January 1968, when CBS News anchor Walter Cronkite heard the news of North Vietnamese forces launching a surprise large-scale offensive during the Tet New Year Festival, he exclaimed. “What the hell is going on? I thought we were winning the war.” A month later, Cronkite repudiated the Johnson administration’s narrative that the United States was winning the war in Vietnam. Cronkite announced that the situation had become a stalemate and that a negotiated settlement was the only “rational way” for the United States to disengage from Vietnam.

Many historians attribute North Vietnam’s Tet Offensive and the U.S. domestic reaction as the war’s turning point. The anti-war protests grew in size and intensity; anti-war candidates like Eugene Mccarthy and Robert Kennedy were bolstered in their primary challenges against President Lyndon B. Johnson before the 1968 election. On March 31, 1968, Johnson made a public announcement not to seek reelection and to seek peace negotiations with North Vietnam.

Prior to the Tet Offensive, the Johnson administration engaged in what was described as the “Progress Campaign” to sustain domestic U.S. support for the war in Vietnam. U.S. officials repeatedly reassured the public that they were successfully suppressing the communist insurgency in South Vietnam and that the war could be won without imposing severe burdens and allow U.S. citizens to have “normal, prosperous lives.” In the fall of 1967, Gen. William Westmoreland, the commander of U.S. forces in South Vietnam, told the media that his forces were winning on the battlefield and approaching a “light at the end of the tunnel.” Johnson’s 1968 State of the Union Address also declared that the communists were being defeated “battle after battle.” Even as the costs of the war increased, the Johson administration continued expanding the Great Society’s domestic programs while rejecting proposals for tax increases to fund the military and domestic spending.

Subsequently, the news of the Tet Offensive was a psychological shock for the U.S. domestic public. The images of communist forces attacking major South Vietnamese cities and briefly infiltrating the U.S. embassy compound in Saigon challenged the narrative that the United States was on the path to victory. U.S. generals’ request for 200,000 additional troops in Vietnam further reinforced the public’s sentiment that the Johnson administration had intentionally misled Americans about the war’s progress. As most Americans lost confidence in the prospect of a quick victory and feared an expansion of the military draft, resistance to the war transformed into nationwide protests from which the Johnson administration could not politically recover.

When Russian president Vladimir Putin ordered a “special military operation” into Ukraine earlier this year, his reassurances to the Russian public were similar. The Russian military would successfully achieve its mission of “liberating” Ukraine and would achieve this goal without imposing severe domestic costs on Russian citizens. Even as the war became an attritional conflict, Russian officials reiterated the domestic narrative that “everything was going according to the plan” and Russia would achieve its goals in Ukraine. Despite increasing casualties and economic costs from international sanctions, Putin refrained from mobilizing the national economy and citizens for a total war effort. Subsequently, most of the Russian public, particularly in big cities such as Moscow and St. Petersburg, could, at least in outward appearances, continue to live regular lives and express passive support for their country’s war without actually participating in the fighting.

However, the success of Ukraine’s recent counteroffensive to repulse Russian troops from the Kharkiv region and Putin’s subsequent decision to partially mobilize 300,000 reservists have triggered a new wave of protests and anxieties among the Russian public. After months of public reassurances that the Russian military could successfully implement military operations without requiring a mass mobilization, the announcement of a partial mobilization was enough to challenge the credibility of the state’s narrative. Would the scope of mobilization expand as the “special military operation” prolongs? Despite state censorship, Russian domestic reactions have ranged from vocal criticisms of inept military performances, fleeing to avoid the draft, and resigned acceptance of the new hardship, but fewer displays of rallying to support their government after the recent battlefield setbacks.

Both Johnson and Putin made political calculations to portray their wars as “limited military operations” rather than full-scale wars. The political benefit of such portrayals is to reassure citizens that the costs will be limited and incentivize complacency, even among citizens who might not support the war. The risk, however, rises when the military operation can no longer remain limited in time and capacity. The government is then confronted by the challenge of convincing citizens why they must contribute to its long-term success and make costly sacrifices for what was initially expected to be a limited military operation. Even if the government tries to portray the expansion of domestic sacrifices as limited, it damages its credibility and could result in a significant decline in domestic support for the war.

In the case of the Vietnam War, U.S. forces eventually defeated the Tet Offensive and, after suffering heavy casualties from the U.S. counteroffensive, the North Vietnamese and Vietcong reverted to their traditional guerrilla strategy, and the military situation mostly stabilized by the spring. However, for the United States, tactical successes on the battlefield were not enough to reverse the trajectory of the war. Bending to domestic pressure, Johnson and his successor Richard Nixon pledged to pursue “Vietnamization” and a gradual military withdrawal from Vietnam.

Unlike Johnson and Nixon, Putin maintains tight control over most Russian media outlets. Putin is also not facing a difficult reelection campaign and has not yet been confronted with challenges from within his party and government. The Russian government will suppress the new wave of domestic protests against partial mobilization. Putin’s critical disadvantage, however, is that Russia currently faces far greater military vulnerabilities in Ukraine than the U.S. military did in Vietnam. Despite the shock from the Tet Offensive, U.S. forces maintained military superiority, even during the later phases of Vietnamization. By contrast, Russian forces remain vulnerable to Ukraine’s continued offensive backed by the West’s support. If Russian forces suffer from similar setbacks as they did in Kharkiv, Putin could face increased distrust and protests at home.

So far, Putin appears resolved to take a different approach from Johnson toward the crisis in domestic political credibility. Instead of proposing a gradual disengagement or negotiated settlement, Putin has instead decided on escalation by implementing the formal annexation of the occupied Ukrainian territories and warning the West of the possible use of “various weapons of destruction” to defend Russia’s territorial integrity. Through the display of his political determination, Putin might have calculated that many “disappointed” Russians could be motivated to accept the unavoidable expansion of personal sacrifices stoically. Whether Putin will succeed remains to be seen. Perhaps he could prove that the political setback in maintaining the domestic war narrative need not be detrimental if the state rigorously controls the domestic populace over the course of a long-term campaign that ends either in victory or at least a palatable settlement. Alternatively, Putin could face a crisis that many of Russia’s past rulers did when repeated military failures led to a severe deterioration of their political legitimacy and credibility, which could no longer be suppressed by censorship or suppression.

Jong Eun Lee is a Ph.D. Candidate and is also an adjunct faculty at the American University School of International Service. Prior to this, he served as a South Korean Airforce intelligence officer. His research specialty includes U.S. foreign policy, South Korean politics and foreign policy, alliance management, and East Asian regional security. He has published articles in The Diplomat, National Interest, East Asia Forum, Eurasia Review, and The Korea Times.