A Withdrawal ‘Grace Period’ Can Revive the Iran Nuclear Deal 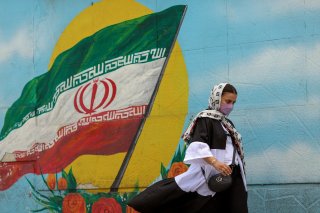 The Joint Comprehensive Plan of Action (JCPOA), more commonly known as the Iran nuclear deal, remains in limbo. The parties that are invested in it have failed to reach a new agreement—one where the United States returns to the deal and Iran returns to full implementation of the deal. That means further talks will have to wait until after the new president-elect of Iran, Ebrahim Raisi, takes office. While much of the path to a mutual return to full compliance was planned out by the outgoing Rouhani administration, President Hassan Rouhani insists that the deal is almost completed, despite that some outstanding issues remain.

It’s worth considering one issue raised by Iran that seems to have played a role in delaying a final outcome. The Iranian government has asked for guarantees that the United States will not simply abandon the agreement again. Deputy Foreign Minister Abbas Araghchi stated that Iran needs “to achieve guarantees to make sure that what the former U.S. administration did, in terms of re-imposing the sanctions and the JCPOA exit would not take place again.” Many Western observers consider this a dubious demand as Washington is clearly not interested in making such a concession. U.S. officials have correctly emphasized that they have no legal means of tying the hands of a future president and that they would not be interested in making a return of sanctions contingent on a UN Security Council resolution approval.

Iran isn’t merely facing the possibility of a future precipitous withdrawal from the agreement, though that is obviously a major concern for the country. Any Republican candidate for president in 2024 will likely make leaving the agreement but and activating a process that allows the United States to unilaterally reimpose UN sanctions a day-one campaign promise. In the United States, the JCPOA seems to have taken a position similar to the Mexico City policy that bars non-profit recipients of government financial support from providing abortion services or counseling. In what has become a routine matter, when a Democrat comes to power, that person quickly revokes this policy. After that person leaves office, the following Republican president immediately restores it. But the more immediate issue facing Iran is that reentering the JCPOA would offer far fewer economic benefits than was originally envisioned by the parties.

When the JCPOA went into effect in 2015, the economic benefits that Iran received were extremely underwhelming. Trade, investment, and cooperation, including with the European Union, did increase but any hopes of a transformation spurred by more meaningful integration into the global economy were left unrealized. One major obstacle to economic cooperation was the unwillingness of international banks to facilitate economic exchange. Many major European banking giants announced, in the early days of implementation, that despite the removal of sanctions, they will not be re-entering the Iranian market.

There are several reasons why this occurred but two are especially important here. First, the power of American financial sanctions comes from the centrality of the U.S. dollar and the New York financial services industry to global trade. So, the remaining sanctions made doing business with Iran difficult. But arguably the greatest impediment seems to have been concern over the sanctions returning. Academic research conducted on this issue has found that the concerns of banks and bank shareholders about sanctions being reimposed were a key reason why they avoided the Iranian market during the period before Donald Trump’s withdrawal. What has transpired over the Trump administration will only exacerbate such concerns.

Esfandyar Batmanghelidj recently conducted an assessment for the European Council on Foreign Relations. He has argued that even if a deal were to be reached, “[u]nder the optimistic scenario, annual European exports to Iran would total around €6.2 billion while imports from Iran would total €5.6 billion—Iran would disappointingly rank somewhere between the Philippines and Pakistan among Europe’s trade partners.” This possibility is well understood in Tehran. Alluding to these concerns, Supreme Leader Ali Khamenei has already warned that sanctions relief needs to exist “in practice” and not merely “on paper.” This matter was raised again on Wednesday from a social media account managed by his office. Without serious economic benefits, domestic support for the deal will remain brittle and vulnerable, while any kind of follow-up agreement would likely be out of the question.

Additionally, it’s worth considering what former Obama administration official Gary Samore recently said in an interview with Vocal Europe, a Brussels-based think tank. Samore focused on non-proliferation issues during his time with the administration and led an anti-Iran pressure group before leaving it in 2015 to support the JCPOA.

One of the lessons we’ve learned from the 2015 nuclear agreement is that just because governments lift sanctions doesn’t mean private industry will take advantage of those opportunities because of their fear that sanctions will be restored and they will be subject to penalties and sanctions liabilities and, obviously, President Trump’s actions affirmed a lot of those concerns. … So if the Europeans and Americans are going to want to offer sanctions in the future, they have to think about mechanisms that will protect private companies from subsequent sanctions or economic penalties. None of that is, of course, a perfect guarantee because in the American system, the next President, if he or she wishes, has the power to reverse what the previous President did. … So there is no way to have absolute protection through sanctions relief but I do think we can come up with some creative ideas as to have we can indemnify, through insurance, countries who are doing business with Iran.

To be clear, Samore was answering a question about how Iran can be enticed into a follow-up agreement that would see it making new nuclear and non-nuclear concessions. While Samore did call for the United States to offer the lifting of some primary sanctions as part of such an effort as well, he is still arguing that greater assurances would be required for Iran to achieve the actual benefits from the JCPOA, which can be made but should be held out for future concessions. It’s not surprising that Iran doesn’t believe it should have to wait or make more concessions. But world powers should consider that while Iran would benefit from some form of guarantee, the nuclear deal’s existence may depend on it.

Since the deal is a political agreement and not a binding obligation, any state can withdraw from it at any time. Critically, it also includes a section that allows for any participating country to unilaterally trigger what is essentially a built-in self-destruct feature. An aggrieved state can file a complaint with the Dispute Resolution Mechanism (DRM), the consultative conflict resolution body consisting of the deal’s participating countries. If that state holds that its concerns were not satisfactorily addressed, the matter can be referred to the Security Council where the vote on lifting UN sanctions on Iran will be repeated and can be vetoed as per the regular procedure. This would provoke a full Iranian withdrawal and end of the deal altogether.

This peculiar process was designed with only the possibility of Iranian violations in mind. But the political context has changed. There is no satisfying explanation as to why the Trump administration did not exercise this option before ceasing participation in the agreement. Regardless, a future Republican president will almost certainly do precisely that. Simply put, installing new safeguards for the agreement now is an existential necessity. U.S. pundits and politicians have spent years loudly fretting what they consider “sunset clauses” for some of Iran’s obligations. But, as it is, the deal is unlikely to exist long enough to reach those dates, which means all of Iran’s obligations will be stricken at once.

One way such a safeguard can be created is by introducing a new grace period concept to the deal. When Donald Trump announced his decision to withdraw the United States from the World Health Organization (WHO), he could not formalize it immediately. Instead, and in keeping with the WHO constitutional processes that the United States itself created, Washington had to announce its departure a year before it actually leaves the organization. Many other international organizations and treaties also have such measures.

The parties should consider adding such a grace period to the nuclear deal as well. Any state that wishes to withdraw, reimpose sanctions, or trigger the reinstatement of UN sanctions through the DRM process for reasons other than Iran’s significant nonperformance of its obligations should not be able to do so immediately. Instead, a grace period, perhaps one or two years, should pass between an announcement of withdrawal and the legal reimposition of sanctions. In such a framework, sanctions can be snapped back immediately if the DRM, through a simple majority vote, finds that Iran is guilty of significant non-performance. A new UN Security Council resolution, with the appropriate binding language, would be needed to provide this new framework with a weight of international law.

In effect, this would give banks and businesses some new confidence that they can engage with Iran and withdraw in an orderly fashion if sanctions were to return. The U.S. government did provide foreign firms a few months to depart Iran after leaving the JCPOA but that was simply not enough time. It would also mean that in case of a U.S. withdrawal and the potential collapse of the deal, the grace period would provide some time to manage the fallout. While a future U.S. president can simply ignore such issues and simply reimpose sanctions quickly, the greater weight of more explicit international legal obligations would make taking such brash unilateral action more costly and add to the JCPOA’s legal and international standing.