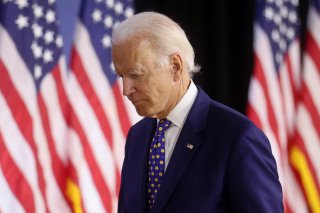 The clock is ticking for presumptive Democratic nominee Joe Biden to choose his running mate for the upcoming election, and confidants of the former vice president say his shortlist has been narrowed to two candidates.

The confidants told Axios that the two at the top of the list are Sen. Kamala Harris (D-Calif.) and Susan Rice, who served as the national security advisor and ambassador to the United Nations under President Barack Obama’s administration. Trailing in third is Rep. Karen Bass (D-Calif.), a new contender who’s undergone public scrutiny in recent weeks.

Biden told reporters that he’d make the decision by the end of the first week of August, but sources believe that he won’t make the announcement until next week.

Biden is expected to “spend some time” with the candidates this week in a final round of talks. It’s unclear if these will be in-person meetings or virtual meetings.

The confidants said they “would be surprised if he picks anyone else,” according to Axios, referring to Harris and Rice.

Harris—one of Biden’s early rivals in the 2020 presidential run—has grown unpopular among Biden’s vice president selection committee, as one of the members experienced an unusual meeting with the congresswoman after she attacked Biden on the primary debate stage. Former Sen. Chris Dodd claimed she had no “remorse” for her criticism against Biden and insisted the interaction was just “politics.”

Media outlets have also speculated her political ambitions behind her vice-presidential candidacy, suggesting she could just be focused on running for president again in 2024.

Rice—who worked with Biden in the West Wing during Obama’s second presidential term—has been seen as a strong candidate in recent weeks, as she’ll likely bring boosted support from Obama. Although her foreign affairs experience might be redundant considering Biden’s familiarity with the topic, the two have a strong relationship after being colleagues.

Rice has also, however, received opposition for her VP run due to her remarks about Benghazi in 2012 when she was the ambassador to the United Nations.

Bass—a newcomer on Biden’s shortlist and slated in third place, according to the confidants—has been bashed in the news recently for her speech at a Church of Scientology event ten years ago, a religious group that has allegations involving abuse and human trafficking.

Despite speculations of the potential vice president pick, Biden and his selection committee will ultimately make the final decision—one that has Democrats floating in suspense.