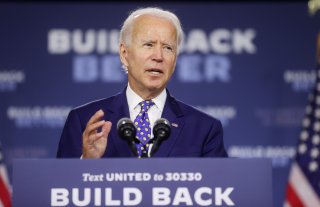 With the Democratic National Convention, presidential debates and the election set to take place during the next three months, the pressure is on for presumptive Democratic nominee Joe Biden to choose a running mate, as a source close to his campaign said the former vice president will “spend some time” with the candidates next week.

Los Angeles Mayor Eric Garcetti, co-chair of Biden’s vice president selection committee, said Tuesday on MSNBC that Biden and the campaign staff have “amazing women that have been a part of this process. We’re keeping them all, we’ve vetted them heavily, all of them have passed the vet, and now in this next week, week and a half, Mr. Biden can spend some time with them.”

It’s unclear if the final meetings will be virtual or in-person.

The deadline to choose the vice president was originally August 1, but Biden told reporters he pushed it back to the end of the first week of August. Additionally, a source familiar with the selection protocol told Fox News that “an announcement isn’t likely this week.”

The delay—one that’s been suspenseful as new contenders emerge into the news seemingly every week—is probably due to thorough background checks and to assure that the candidate is a good fit since she’ll likely run for president in 2024. Biden’s presidency is believed to only serve one term if elected since he’ll be more than eighty years old in four years.

The long process of interviewing and meeting with Biden’s contenders on his shortlist has allowed the press to peel away at the reputations of some of the Congresswoman. Bass has recently undergone scrutiny for her speech ten years ago at a Church of Scientology event and her remarks in 2016 regarding Fidel Castro’s death, in which some Democrats viewed as being offensive.

Harris’s candidacy has also been questioned by the press—and especially by former Sen. Chris Dodd, a member of Biden’s VP selection committee—bringing to the public eye a comment that the California Democrat said after attacking Biden during the primary debates. Dodd claimed she had no “remorse” for the verbal brawl and insisted it was just “politics.”

“You want to send a message to those making the decision that life will be unpleasant or uncomfortable should they pick the running mate that you view was the most formidable,” Colin Reed, a GOP strategist and member of the 2012 Mitt Romney presidential campaign, told Fox News.

“If you have the goods or if you have juicy opposition research on a candidate you don’t want to face, there’s a strategic advantage to getting that out in the waters ahead of time and let people know ‘pick this person at your own peril,’” Reed said. ‘If there are candidates that you do want to be named to the ticket because you think they’ll be a political liability, you obviously withhold that information and hope and pray that they are the ones that are picked and then blast them out of the gates.”