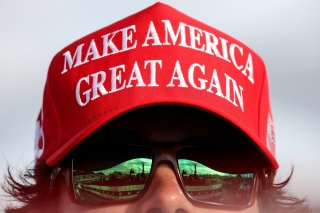 In 2016, when Donald Trump was elected, most of those who make their livings prognosticating on politics missed the groundswell beneath his candidacy. They’re missing it again in 2020. And because no one seems to keep score for prognosticators in Washington, they’ll keep on confidently being wrong about Trump.

The problem is that they have become estranged from a place called the United States of America. Sure, the Washington media and political elite have always lived in somewhat of a bubble. But the mainstream media’s abandonment of any pretense of impartiality, its cheerleading for Joe Biden, and its tacit support for big tech’s efforts to censor Trump are all next-level achievements in its misconduct.

Two consequences of this misconduct and ignorance are a failure to detect a groundswell for the president, and a kid-gloves approach to Biden that have left him vulnerable to Trump in the home stretch of the campaign.

The groundswell is real. Two rules of thumb in elections is that energy wins, and strong closers win.

The energy around Trump is unmistakable. It is clear from his rallies, his feisty dominance of arrogant journalists, and his recent debate victory. Unlike most presidents who visibly age in office, he hasn’t lost a step in four years of constant political strife, remaining a happy warrior.

This contrasts with a Biden campaign that is barely going through the motions of campaigning. Biden’s public appearances are few and sparsely attended. He takes many days off. His absence and time spent in his basement telegraphs weakness and even cowardice—the opposite of what the military calls “command presence” and what the public expects from a commander in chief.

The other consequence of the mainstream media’s cravenly submissive adulation of Biden is that he isn’t ready for the primetime home stretch of the campaign. Rumors about Hunter Biden’s alleged unregistered influence-peddling in China and Ukraine have existed for years, as has talk about the elder Biden’s cognitive decline. The media’s refusal to take either seriously—in fact, to collude in the coverup of both—effectively set Biden up for an October surprise. Despite the best efforts of the mainstream media and big tech to conceal these stories from the public, they are now making their way to voters.

And then there are the candidate’s repugnant policies. In last Thursday’s debate, Biden vowed eventually to ban fossil fuels and reprise the central planning of the Obama-Biden era that, for example, caused the government to lose 500 million taxpayer dollars on investment in “clean energy” Solyndra. Such a massive sacrifice to the new secular religion of climate change alarmism will not only raise the price of everything, including electricity, food, infrastructure, and housing; it will also divert resources from activities that actually improve the environment.

Biden would reverse Trump policies that have involved getting tough on China and Iran, talking to North Korea and Russia and declining to start new Middle East wars. Under Biden, the Beltway national security establishment now wailing over the looming end of America’s 19-year war in Afghanistan will once again have a rubber-stamp president. Allies that matter like Taiwan will get a cold shoulder, but the effete and pointless diplomatic circuit in Old Europe will get a new lease on life.

Biden has also made clear that he will empower those here at home who seem to despise our country and believe wrongly that it is racist. He will replace what’s left of American meritocracy and Martin Luther King’s dream of a color-blind society with a politically ordered society based on grievance and innate factors like race. Such is the implication of Biden’s breezy recital of the biggest lie of 2020: that America suffers from “institutional racism.”

That assertion, along with Biden’s professed willingness to close our economy and order Americans to stay home to fight coronavirus, may prove to be the most fatal mistakes on the home stretch of the campaign. Plenty of people oppose closures for the economic and mental health impacts they have. But a portion of society is not just opposed, but enraged.

These Americans are rightly appalled that we were told, in violation of our constitutional rights, to stay home, not to go to church or peacefully protest closures—but that trips to the pot and liquor stores were fine, as were leftwing riots. They are disgusted that politicians of both parties did little as mobs tore down statues that teach our nation’s remarkable, magnificent history. They are worried that the woke McCarthyism that previously infected academia has spread to their employers. If you doubt me, ask outgoing Rep. Scott Tipton, a Trump-endorsed Republican incumbent from Colorado defeated in his primary by an energetic conservative, Lauren Boebert, who advocates gun rights and defied the illegal shutdown orders.

While just one congressional district, the sentiment is likely widespread. And it is fanned by suspicions that Biden will pack the Supreme Court by adding new justices, and the Senate by adding new states.

In reality, only a minority of voters want to see the cultural revolution attempted by the Left in 2020 continued for the next four years. Trump has the wind at his back and is closing strong on a second term.