13 Years in the Making: Joe Biden Is Heading to Fox News 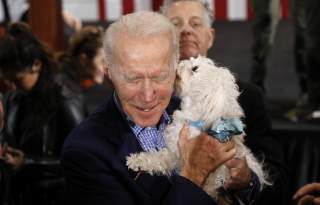 This Sunday former Vice President and current Democratic presidential candidate Joe Biden have scheduled an exclusive interview with Fox News host Chris Wallace. This will be Biden’s first interview with Wallace since 2007. It comes one day after the make-or-break South Carolina primary, and two days before Super Tuesday which will see 15 simultaneous primaries take place across the nation.

For all of last year, the seventy-seven-year-old Biden was the frontrunner for the nomination. His lead depleted, however, in early January, and he was succeeded by Senator Bernie Sanders (one year his senior) of Vermont. Sanders won narrow popular vote victories in the first two contests of Iowa and New Hampshire, followed by a big win in Nevada. Meanwhile, Biden fell embarrassingly behind, finishing in fourth and fifth place in Iowa and New Hampshire before bouncing back for a far-away second place in Nevada.

However, at least a plurality of Democratic voters and perhaps a majority of party officials are fearful of what nominating a democratic socialist (Sanders) would do to the party’s electoral chances in November. This has placed an impatience at finding a suitable, moderate opponent. Currently, Biden is third in the primary in regards to delegate count (fifteen to Sanders’ forty-five) and fifth place in the popular vote.

For months, South Carolina has been branded as Biden’s firewall. A majority (over 60%) of Democratic voters in the state are African American, an electorate Biden has dominated since his campaign announcement. Although polls show his support has dipped in recent weeks, losing ground to Sanders and late entry Michael Bloomberg, Biden is still the first pick among a plurality of black voters.

This point was hit home when on Wednesday when House Majority Whip Jim Clyburn endorsed Biden. A native South Carolinian, Clyburn is the highest-ranking African American in the House of Representatives and one of the most powerful politicians in the state. “I know Joe, we know Joe, but most importantly Joe knows us,” Clyburn said.

Biden echoed as much during this week’s Democratic debate; “I have worked like the devil to earn the vote of the African American community. Not just here but across the country…My entire career has been wrapped up in dealing with civil rights and civil liberties. I don’t expect anything. I plan to earn the vote.”

Today, Monmouth published a poll that if accurate would be a turnaround for the Biden campaign. Speaking to 454 likely primary voters, it showed Biden with a commanding lead of 36%, a height reminiscent of his standing last summer. He was followed by Sanders at 16%, and billionaire Tom Steyer at 15%. Among black voters specifically, Biden held a near majority, 45%.

If the former Vice President has a blowout victory, it would reinvigorate his campaign just ahead of Super Tuesday, where he’d compete with Sanders and Bloomberg as the most competitive candidates. It could be an ebullient Joe Biden that speaks with Chris Wallace on Sunday.