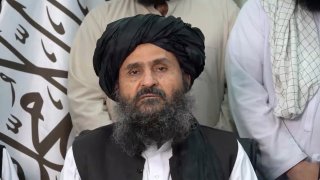 William Burns, a longtime U.S. diplomat and the current Director of the Central Intelligence Agency, met with Taliban co-founder Mullah Abdul Ghani Baradar on Monday, according to the Washington Post.

The CIA declined to comment on Burns’ activities, as the agency does not comment on the actions of its director as a rule.

Burns’ visit to Afghanistan comes as the chaotic evacuation of the Kabul Airport has continued. Taliban leaders recently communicated via spokesman Zabihullah Mujahid that the United States was expected to be fully withdrawn by August 31. The Taliban claims that any longer would cross a “red line” and would lead to severe consequences. For his part, President Joe Biden affirmed on Tuesday that the U.S. withdrawal would be complete by that date, ignoring complaints from U.S. allies, including Britain, France, and Germany, that the withdrawal could not be completed by that date if the tens of thousands of Afghans waiting in the airport were to be rescued.

In his remarks, Biden mentioned that “contingency plans” had been created if the United States proved unable to evacuate the airport by the end of August. “It’s been a tenuous situation,” the president admitted, emphasizing that “the sooner we can finish, the better.”

Over the past ten days, Biden claimed that around seventy thousand people, including Afghans, Americans and European nationals, have been evacuated from the Kabul airport.

While the Taliban has claimed it has issued a blanket amnesty for all Afghans working for the United States or the government of Ashraf Ghani, there are isolated reports of violence and reprisal killings. For this reason, although Mujahid and other Taliban spokesmen have urged Afghans currently awaiting evacuation at the airport to return to their homes, very few have done so.

While the Taliban is officially led by Amir al-Mu’minin Hibatullah Akhundzada, Baradar is officially the group’s second-in-command and has been described as its de facto leader. Following his arrest in 2010, the senior Taliban commander was imprisoned in Pakistan for eight years, until 2018; at the urging of the Trump administration, he was released from prison, later serving as the chief negotiator for the Taliban in Doha and the signatory of its February 2020 agreement with the United States providing for American withdrawal.

The Trump administration perceived Baradar as a relative moderate who was willing to preside over peace negotiations with the United States and the Afghan government.

Trevor Filseth is a foreign and current affairs writer for the National Interest.