Is the Age of the Aircraft Carrier Really Over? 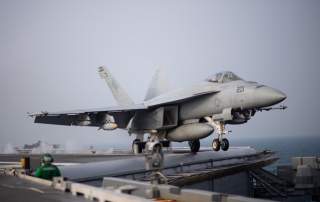 The carriers of the future may well be relatively small vessels capable of hosting drones and fighter and electronic-warfare-optimized aircraft but not the heavier strike platforms that the carriers of today sustain.