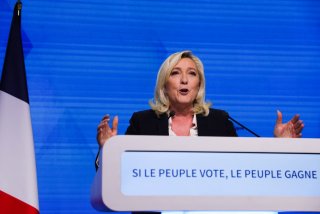 French prosecutors indicated on Sunday that they were examining a report submitted by the European Anti-Fraud Office, or OLAF, concerning far-right presidential candidate Marine Le Pen’s alleged misappropriation of public funds during her time in the European Parliament.

Le Pen has been accused of misusing around €137,000, or roughly $150,000, according to the French investigative journal Mediapart. Le Pen served as a Member of the European Parliament (MEP) from 2004 until 2017, representing the National Front, which was then France’s largest far-right party. Following her resignation and unsuccessful presidential campaign in 2017, the party rebranded as the National Rally, the name it is known under today.

“We will now proceed with recovery from the interested parties in the coming weeks,” the source said.

The investigation against Le Pen and her party was first opened in 2016, and the far-right lawmaker’s lawyers noted that she had responded to OLAF questions by mail in 2021. Le Pen had previously been investigated by EU officials over suspicions that she had employed fictional legislative assistants during her tenure as an MEP, allowing her to charge the European Parliament for their salaries and pocket the difference.

Le Pen has denied these allegations, and National Rally lawmakers have criticized the probe against her as an attempt by the European Union to interfere in France’s upcoming presidential runoff vote, which is scheduled to be held on Sunday, April 24.

“The French will not be fooled by attempts of the European Union and … European institutions … to interfere in the presidential campaign and harm Marine Le Pen,” National Rally president Jordan Bardella told the Europe 1 radio station over the weekend. The party president vowed that the National Rally would file another legal complaint against OLAF—its third such notice against the EU anti-corruption organization in recent years.

Sunday’s vote is a rematch of the faceoff between Macron and Le Pen in 2017, which Macron decisively won. Polls for this election are far closer than five years ago, although Macron retains a commanding edge.