Are the Taiwanese People Willing to Fight China? 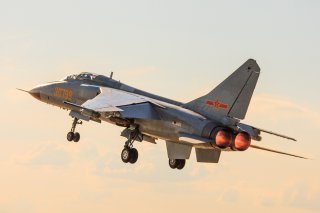 In the wake of the Russian invasion of Ukraine, there has been much speculation about Taiwanese citizens’ willingness to defend themselves against a Chinese attack. A poll in March 2022 revealed that the Taiwanese public, rather than chickening out, has actually become much more willing than in the past to support the country’s self-defense. Since then, more than half a year has elapsed. With the threat of a war with China continuing to loom large and the ruling Democratic Progressive Party’s significant setback in Taiwan’s local elections, there is renewed interest in gauging the pulse of the public on this critical national security issue.

We draw insights from the results of the most recent Taiwan National Security Survey (TNSS), conducted in mid-December 2022 with over 1,0000 respondents. The TNSS is one of the most consistent sources of national security research on Taiwan, as it has conducted annual surveys since 2002. TNSS survey results are often seen as representative of the entire voting population in Taiwan. We feel reassured that, overall, attitudes toward self-defense continued to stay at a high level. In an open-ended response setting, 31 percent of respondents gave responses that could be seen as defending Taiwan when asked, “If Taiwan and China were to fight a war, what action would you take?” Their answers ranged from joining the military to joining local defense groups to donating money. Owing to the complexity of this open-ended question, 15 percent answered, “Don’t know,” and another 15 percent answered, “Follow whatever the government decided.” Comparing this result to previous versions of the TNSS reveals that support for self-defense has grown. Support for self-defense from the past eleven waves hovered around 15 to 27 percent and never surpassed the threshold of 30 percent.

Such attitudes have been channeled into support for various proposals to boost Taiwan’s security. Since April, the Ministry of National Defense has increased the duration of military leave from five days to two weeks. Moreover, the government just announced it is extending the duration of conscription from four months to one year. Both proposals enjoy widespread support, and the recent TNSS showed that such support has not dropped. When citizens were asked if they would support the government bringing back a one-year conscription period, 33 percent indicated support, with another 46 percent saying they “strongly support” such a measure. On a related question, a majority of respondents said they would back the government if it decided to enlist all males between eighteen and sixty years old to fight against a Chinese invasion, with 31 percent supporting and 29 percent strongly supporting it.

Despite the promising signs, two worrying trends could overshadow this positive development. First, the Taiwanese generally do not believe their military can protect the country, with  66 percent answering “no” when asked, “If Mainland China attacks Taiwan, but the U.S. decides not to help, do you think our military is powerful enough to defend Taiwan?” In addition, the public is divided over whether the Tsai administration is prepared for such a contingency. About 50 percent of respondents thought the government had not “taken the necessary steps to safeguard Taiwan’s survival if a war breaks out with China.” Only 40 percent of respondents said that the government is prepared.

In sum, both Taipei and Washington should feel confident that the Taiwanese people would stand up for themselves should China invade. The Tsai administration’s recently announced conscription extension—and the public’s support for it—signals that the country is moving in the right direction regarding self-defense. However, other existing concerns persist. Low trust in the Taiwanese military and doubts about U.S. military assistance need to be dealt with urgently, as they might chip away at the hard-earned efforts by the Taiwanese government to strengthen the country’s security against a Chinese invasion.

Charles K. S. Wu is an assistant professor of political science at the University of South Alabama. Find him on Twitter @wupolisciusa.

Fang-Yu Chen is an assistant professor of political science at Soochow University, Taiwan. Find him on Twitter @FangYu_80168.

Austin Horng-En Wang is an assistant professor of political science at the University of Nevada, Las Vegas. Find him on Twitter @wearytolove.