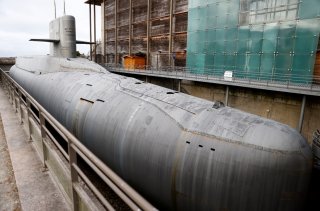 Naval Group, a French defense conglomerate, has pushed for restitution from Australia after it canceled a multibillion-dollar deal to construct a series of modern diesel-electric submarines for the Australian Navy.

Australia’s cancellation came after the negotiation of a security agreement with the United States and the United Kingdom, giving birth to the “AUKUS” pact. This agreement would in principle give Australia access to American and British nuclear submarine technology, a preferable alternative to diesel-electric submarines.

In comments to French newspaper Le Figaro, Pierre Eric Pommellet, the director of Naval Group, described Australia’s decision as “purely political” and criticized the country’s leadership for declining to warn the company beforehand. He also suggested that Naval Group would officially pursue compensation from the Australian government in the coming weeks.

“This decision was announced to us without any notice, with incredible brutality,” Pommellet complained.

Naval Group’s contract with Australia for the submarines had been the subject of controversy in Australia prior to the September 15 agreement. One issue had been substantial cost increases, which Pommellet addressed in his remarks to Le Figaro, suggesting that the overruns had been in response to additional demands by the Australian government, such as an increase of the order from eight submarines to twelve. He also cited evolving technical requirements, such as the need to defend the subs from the increasing danger of cyberattacks.

Part of the French furor over the AUKUS pact has been due to the appearance that the three nations deliberately colluded to keep the agreement secret from the French until its official reveal. A French Ministry of Defense announced in the agreement’s aftermath that, on the same day that it was announced, the Australian Navy had sent the French defense ministry and Naval Group an official letter informing them that it was “extremely satisfied” with the contract and was ready to move forward. Later that day, the contract was canceled.

In the aftermath of the agreement, France withdrew its ambassadors from the United States and Australia. Following a phone call between President Joe Biden and President Emmanuel Macron, Paris agreed to return its ambassador to Washington.

Macron has not yet spoken with Australian Prime Minister Scott Morrison, and the French government has indicated that it has no plans to return its ambassador to Canberra.