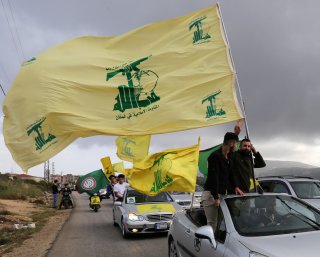 The government of Australia listed Hezbollah as a terrorist organization on Wednesday, making it the latest country to designate the Lebanese militia-turned-political party as such. The United States, European Union, and most Arab countries have already classified Hezbollah as a terror group. They have each imposed severe restrictions on the group’s ability to operate within their territory.

Hezbollah’s amorphous structure and purpose have made it difficult to classify. Also, it has provided ammunition to the group’s defenders who have highlighted the range of services it provides to impoverished Lebanese, including food deliveries, healthcare, and education. However, the group’s origins are far more prosaic; it emerged as a powerful Shi’a militia during Lebanon’s fifteen-year civil war, organized by Iranian backers to combat the Israeli invasion in 1982. At the end of the war, the militia was the only group that refused to disarm. Today, it is the most powerful armed group in Lebanon, boasting a stockpile of tens of thousands of Iranian-made missiles and more than 100,000 trained fighters, according to its leader, Hassan Nasrallah. The group fought a second war with Israel from late 2006 to early 2007, and its militants participated in the Syrian Civil War on the side of embattled Syrian dictator Bashar al-Assad.

The group has also been tied to extensive criminal activity in Lebanon and beyond. It has received particular attention in the Persian Gulf region for its involvement in the distribution and sale of captagon, an amphetamine drug widely used in the Middle East.

The new designation expands the earlier 2003 terror designation of Hezbollah’s “External Security Organization,” which is responsible for many of its clandestine activities abroad. The government had previously expressed reluctance to expand that designation to the group in its entirety, observing that Hezbollah is a party within the Lebanese government’s coalition and could make it difficult to interact with Lebanese government officials.

However, critics of that decision pointed out that Hezbollah operates as a unitary organization, making it difficult to single out members of the External Security Organization for sanctions.

The new designation makes it illegal within Australia to be a member of the group, or to provide funding to it. Roughly 300,000 Lebanese live in Australia, one of the largest Lebanese diaspora populations in the world.