Back to Back: T-Mobile Named the Best Mobile 5G Network Second Year In a Row 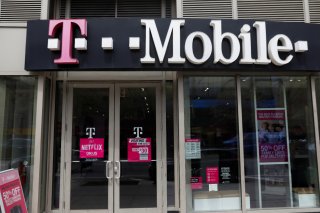 PCMag’s annual ranking of the nation’s fastest mobile networks is out once again, and the winner is T-Mobile.

It was the second straight year that the 5G network from “the Uncarrier” came out on top, while Verizon was the winner in 2020, the first year that networks were measured in the 5G era. In 2019, AT&T was the winner, but it was that network’s LTE/4G network. Verizon’s LTE network was also the winner every year between 2014 and 2018.

The magazine has since changed its methodology, which is now based on a list of thirty cities and six rural regions around the country. T-Mobile won eighteen of the thirty cities, while Verizon won eight and AT&T four.

“We drove more than 10,000 miles across the country with new software that tracks dropped calls and provides a better measure of reliability. That turned this year's project into a search for America's best mobile network—not just the fastest, as we’ve called this project in previous years,” PCMag said, adding that they used electric and hybrid cars for most of the journey.

“Mobile internet is the internet, now more than ever,” PCMag said. The magazine also noted that we’re in a strange era, currently, between 4G and 5G.

“The carriers haven’t made anything easy or clear. They conflate different types of 5G with different performance characteristics,” the magazine said. “They claim very broad coverage for forms of 5G that act just like 4G. Sometimes, they put icons on your screen that make it difficult to tell which “G” you’re on, or why you should care. Someone needs to cut through the marketing language and tell you what’s really available, and which phone you need to use with it.”

The magazine added that thanks to the spread of 5G, T-Mobile and Verizon have both “dramatically” increased their speeds nationwide this year.

Also this week, Advanced Television, citing the latest Ericsson Mobility Report, reported that North America is “forecast to lead the world in 5G subscription penetration in the next five years.” By 2027, the report predicted, nine out of every ten mobile subscriptions in the U.S. is expected to be 5G.

In addition, global 5G subscriptions are expected to cross the 1 billion mark by the end of this year, the Ericsson report said.

“The latest Ericsson Mobility Report confirms 5G as the fastest growing mobile technology generation ever, and Ericsson is playing a key role in making it happen,” Fredrik Jejdling, Executive Vice President and Head of Networks for Ericsson, said in the report.