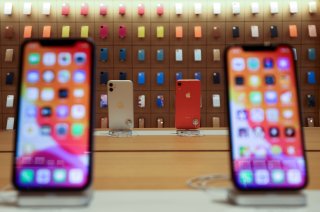 Samsung Electronics has been awarded a lucrative contract to provide 5G wireless technology to Verizon Communications in the United States, Bloomberg News reported.

The deal agreed to by the companies was 7.9 trillion won, the equivalent of $6.6 billion. The deal runs through the end of 2025.

Media reports indicated that Samsung outbid Nokia and Ericsson for the contract. Huawei, the Chinese company that is a major player in 5G infrastructure technology, is banned from doing business in the U.S., so was not a factor in this bidding.

“We are pleased to expand our long-standing partnership with Verizon to advance their next-generation network evolution. With this latest long-term strategic contract, we will continue to push the boundaries of 5G innovation to enhance mobile experiences for Verizon's customers," Samsung said in a statement issued to the media.

"Samsung is a pioneer in mmWave, sub-6, and virtualised RAN innovation, and a leader in end-to-end 5G solutions — from chips to networks to devices. We're excited to continue delivering on breakthrough network technologies that will expand what's possible through 5G.”

In July, per Reuters, JP Morgan had predicted that Verizon might “reduce its dependence on Nokia as its primary RAN (radio access network) supplier going forward,” and shift that business to Samsung.

In addition to its work on 5G infrastructure, Samsung has also emerged as an early leader when it comes to 5G-capable phones. In the first quarter, per research from Counterpoint, the top three 5G smartphones in the U.S. were all Samsung models, with the Samsung Galaxy S20+ 5G taking 40 percent of the market, and the Samsung Galaxy S20 Ultra 5G second with 30 percent.

Also in the first quarter, Samsung had a global lead in smartphone sales, according to Strategy Analytics. Samsung held 34.4 percent of the global 5G smartphone market, ahead of Huawei, Vivo and Xiaomi.

The 5G smartphone market remains relatively small, but is growing rapidly, with different manufacturers introducing such devices throughout 2020. That market, however, is expected to change dramatically this fall, when Apple unveils its first batch of 5G-capable iPhones.

The latest reports indicate that Apple is planning to introduce four new iPhones this fall, with the announcement coming as soon as next week. Reports differ, however, on what type of 5G capability the new Apple smartphones will have.

Fast Company reported last week that only one of the new iPhones will offer mmWave capability, while all four will support sub-6 GHz 5G, the other type of 5G connectivity. The phone with mmWave, which is likely to be the most expensive of the four, will only be available in a handful of markets, including the U.S., Japan and Korea.