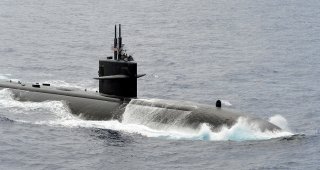 The Russo–Ukrainian War has raised concerns in the arms control community about potential nuclear use and the tremendous strain on the global nonproliferation regime. But the year-old AUKUS (Australia–United Kingdom–United States) nuclear submarine deal has already set a dangerous precedent for states seeking nuclear weapons. A loophole in the Nuclear Non-Proliferation Treaty (NPT), which will be exercised for the first time through AUKUS, has raised the risk of proliferation and could be used clandestinely by non-nuclear states to build weapons.

Australia, a signatory to the NPT, will become the first non-nuclear weapons state to acquire nuclear-powered submarines (SSN). Until now, only declared nuclear weapon states under the NPT (which includes the United States, China, Russia, the United Kingdom, and France) and India (which is not a signatory to the NPT) operated SSNs. Thanks to the AUKUS deal, however, Australia will exploit a loophole in the treaty that allows member states to remove nuclear fissile material from the inspection mechanism of the International Atomic Energy Agency (IAEA).

The IAEA’s comprehensive safeguards agreement allows non-nuclear weapon states to remove nuclear fissile material used in “non-proscribed military activity,” such as the naval reactors of submarines, from its inspection mechanisms. Thus, a non-nuclear signatory of the NPT can build or acquire SSNs.

This sets a risky precedent since potential nuclear proliferators may use naval reactor programs as a cover for developing nuclear weapons and, with the AUKUS deal as a precedent, they may escape intolerable costs for doing so. The AUKUS deal also exposes Washington’s double standards for allowing Australia to acquire SSNs while taking a hard line against the Iranian nuclear program. In the 1980s, the United States blocked France and the United Kingdom’s decision to sell SSNs to Canada on nonproliferation grounds. Its decision to sell SSNs to Australia demonstrates that it is comfortable bending the nuclear nonproliferation regime to suit its preferences. If potential nuclear proliferators exploit this double standard, the United States and its allies will be exposed for maintaining a double standard if they impose sanctions.

In a September 2021 Foreign Affairs article, security studies scholar Caitlin Talmadge explained that the United States will ship a sealed reactor core to Australia to minimize the risk of proliferation. This argument was based on the fact that the naval reactor will use highly enriched uranium (HEU), not low enriched uranium (LEU). Unlike LEU, a reactor using HEU for propulsion does not require periodical refueling so there is no chance that Australia can access the fuel by opening the reactor and diverting it to develop nuclear weapons. Additionally, opening the reactor core is highly risky since it contains radioactive nuclear material. However, the problem is not that Australia will try to extract nuclear fissile material from the naval reactor to develop nuclear weapons. It is that AUKUS has set a precedent where nuclear fissile material can be removed from IAEA inspection mechanisms. Moreover, nuclear material from the naval reactor could possibly be used to develop nuclear weapons. Even if a naval reactor uses LEU, it can be further enriched to become HEU and then used to make nuclear weapons.

The possibility of countries using the AUKUS deal as an excuse to develop nuclear weapons is real. Although the U.S. extended deterrence guarantee is credible, U.S. allies may decide to build indigenous nuclear weapons by using material from the naval reactors of SSNs. Japan and South Korea have not shied away from expressing their desire to operate SSNs. In his book Seeking the Bomb: Strategies of Nuclear Proliferation, international security scholar Vipin Narang argued that South Korea is the U.S. ally most likely to “switch from insurance hedging to [the] active pursuit” of nuclear weapons.

Yet, no country is more likely to use the AUKUS deal as an excuse for nuclear proliferation than Iran. The naval reactor using HEU contains uranium enriched to over 90 percent; Iran is already producing HEU at 60 percent. In 2018, Iran informed the IAEA that it has decided to “construct naval nuclear propulsion in the future.” Iran might have refrained from doing so after considering the repercussions but the AUKUS deal could embolden its quest for SSNs since the penalty would be less severe. Additionally, it could point to the precedent set by Australia to remove nuclear fissile material from IAEA safeguards and divert it for further uranium enrichment to develop nuclear weapons. In meetings during the United Nations General Assembly last year, Iranian officials pointed to the AUKUS deal to justify their plans to build an indigenous nuclear naval reactor for SSNs.

The AUKUS deal sets a dangerous precedent by providing potential proliferators with an excuse to exploit a loophole in the NPT without incurring significant penalties. This will weaken the deterrence of IAEA safeguards and make nuclear proliferation more likely.