Belgium Should Reject a Bad Deal With Iran 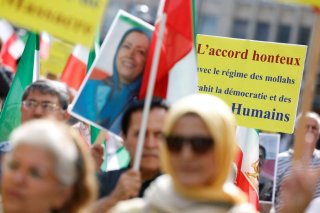 The Belgian government’s proposed legislation to transfer convicted terrorists back to Iran is disgraceful and dangerous. Belgian lawmakers will be voting on the bill next week.

The flawed deal has created a firestorm on both sides of the Atlantic. U.S. lawmakers, their European counterparts, former senior officials, and human rights organizations have slammed the treaty. But more must be done to thwart the passage of this bill by the Belgian parliament.

The so-called treaty between the current Belgian government and the Iranian regime is designed to secure the release of an Iranian diplomat-terrorist named Assadollah Assadi. Assadi was arrested in 2018 for plotting to bomb a huge rally outside Paris, France, organized by the main Iranian opposition National Council of Resistance of Iran (NCRI).

Assadi was convicted and sentenced to twenty years in prison by a Belgian court last year for masterminding the terror plot. If successful, the attack would have triggered perhaps the worst terrorist incident in Europe's history. Hundreds of parliamentarians and international dignitaries joined over 100,000 Iranians at the NCRI rally, which would have multiplied the humanitarian catastrophe resulting from a successful attack.

Assadi, a sitting diplomat of the Iranian regime serving in Vienna, had transferred the powerful TATP explosive on a commercial plane from Tehran and personally delivered it to two agents responsible for detonating it at the rally. The two associates and another agent are currently serving up to eighteen years in prison in Belgium.

Now, the proposed treaty is making it more likely that Belgian authorities will send these convicted terrorists back to Iran, helping them escape accountability and justice. The passing of such legislation would also open the door for the regime to conduct more terrorist acts on European soil with complete impunity. Finally, Tehran will be emboldened to take European citizens hostage and demand further concessions from their governments.

It is nothing less than astonishing that Belgium has prepared a prisoner swap treaty with the world's leading state sponsor of terrorism, whose modus operandi is mass murder and international blackmail. In addition to violating the basic human rights of the Iranian people, the theocratic regime in Tehran continues to trample international law while unleashing terror in the region, whose deadly repercussions have reached the heart of European capitals.

In 2018, the Iranian regime went so far as to assign an accredited diplomat to conduct a massive terror operation in France. The notion that Brussels is considering sending Assadi and the three other terrorists to Iran is mind-boggling and shameful. Belgian court documents clearly show that the Paris terror plot was not a one-man operation. The order came from the highest authorities in Tehran, who had complete awareness of the substantial risks involved. The regime's Ministry of Intelligence and Security (MOIS) was tasked with carrying out the operation, which is why the European Union sanctioned the main MOIS office and several of its officials.

Belgium’s backdoor deal with the regime is doubly dangerous because it encourages and further emboldens Tehran to send deadly operatives and assassins to Western soil to target citizens and regime opponents. If the treaty becomes law, such terrorists will enjoy complete impunity even when arrested or convicted because they would be sent back to Tehran rather than face justice for their heinous crimes. The leading opposition figure, Maryam Rajavi, vowed to continue the campaign relentlessly and explore taking the case to Belgium’s Constitutional Court and the European Court of Human Rights.

If this is not a travesty for Europe's justice system, it is hard to imagine what is. It also flies in the face of European security and intelligence services who worked diligently to foil the Iranian regime’s Paris bombing plot.

Appeasing bullies and terrorists will breed more blackmail, death, and terrorism. Nothing positive can result from it. On the contrary, the Iranian regime should be made to pay for its crimes by upholding Europe's most revered legal norms and humanitarian ethics. Otherwise, rogue and authoritarian regimes will erode these values from within.