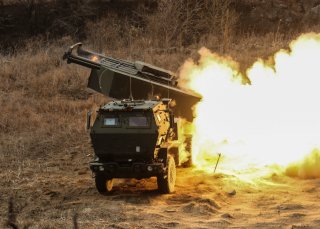 The Biden administration announced on Wednesday that it is sending eighteen more High Mobility Artillery Rocket Systems (HIMARS) to Ukraine as part of a new $1.1 billion security assistance package.

The package, which is part of the Ukraine Security Assistance Initiative (USAI), includes eighteen HIMARS and ammunition, 150 Armored High Mobility Multipurpose Wheeled Vehicles (HMMWVs), hundreds of military vehicles, and twenty multi-mission radars. The Ukrainian military says it has effectively used its U.S.-supplied HIMARS systems in past months to strike soft Russian targets like ammunition depots, bridges, and command posts. “For us, saving the lives of our people is of crucial importance now,” said Ukrainian defense minister Oleksii Reznikov at an Atlantic Council event. “That’s why we’re using HIMARS systems precisely like the scalpel of a doctor [in] surgery.”

Whereas the Presidential Drawdown Authority (PDA) allows President Joe Biden to authorize the immediate transfer of equipment to Ukraine from existing Defense Department stocks, USAI is an industry procurement program aimed at building up Ukrainian military strength over the long term. “If we don’t invest today to procure HIMARS for the future, they won’t be there when the Ukrainian armed forces need them down the road,” a senior defense official said, according to a Defense Department press briefing transcript. “This is a really sizable investment and it’s intended so that down the road, Ukraine will have what it needs for the long-haul to deter future threats. It in no way rules out us continuing to invest in their current force with capabilities that are available today, and that we can draw down today from U.S. stocks.”

The aid, which officials say could take up to two years to procure and deliver, is intended to sustain Kyiv’s capabilities at a time when both Russia and the West are hunkering down for a protracted conflict in Ukraine. “The procurement and delivery of these HIMARS systems and associated ammunition will take a few years,” the official said. "Today’s announcement is only the beginning of a procurement process."

Ukrainian president Volodymyr Zelenskyy welcomed the announcement. “We’ll get 18 more HIMARS, other critical equipment that’ll bring victory closer,” he wrote on Twitter. “A very timely decision showing that Russian blackmail does not work. Gratitude to POTUS and all our American friends!” Russian president Vladimir Putin threatened the West with nuclear retaliation earlier this month in an address announcing the “partial mobilization” of 300,000 Russian reservists. “In its aggressive anti-Russian policy, the West has crossed every line,” he said. “This is not a bluff. And those who try to blackmail us with nuclear weapons should know that the weathervane can turn and point towards them.”

As the Ukraine war grinds into its seventh month, the United States and its European allies have reaffirmed their willingness to support Kyiv “as long as it takes.” The new tranche brings U.S. military aid committed to Ukraine to $16.9 billion, according to the Defense Department.