Will More American HIMARS Rockets Be Enough to Hold Back Russia? 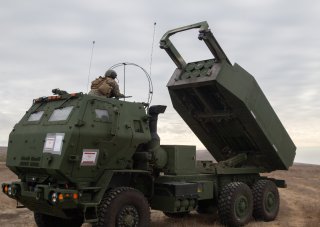 A senior U.S. official explained that the United States will donate many more long-range rocket artillery systems to Ukraine’s embattled defenders, though how many will be provided and when they will arrive remains unclear.

Though the United States has supplied Ukraine with just four M142 High Mobility Artillery Rocket Systems (HIMARS), a senior American official said they should be considered just the first of several tranches of the systems that Ukraine can expect to receive.

While speaking at a Center for a New American Security event, Undersecretary of Defense for Policy Colin Kahl said that the Ukrainians will definitely get more HIMARS in the future.

“We’re going to provide the Ukrainians what they need to prosecute the targets inside Ukrainian territory,” Kahl said.

“Because this is not a system the Ukrainians have, historically, they have to get trained on them. So we did provide an initial tranche of HIMARS systems and the Ukrainians are completing training as we speak. We expect those systems to get into the fight soon, and we're committed to continuing the flow of those munitions, and I know other allies and partners are too.”

Using urban terrain to their advantage and exploiting weaknesses in Russia’s supply logistics, Ukrainian forces beat back an encirclement of Kyiv, kept the Russians out of Odessa in the south, and pressed their advantage around Kharkiv in the northwest, driving the Russians back across the border.

Ukrainian forces have made good use of conventional Western artillery systems, as well as mechanized artillery systems, particularly those from France, Britain, and the United States. While the Western systems have proven effective, the Ukrainians are pleading for more weapons and are significantly out-gunned by their Russian adversaries.

In the east, however, the Ukrainian military has struggled to go toe-to-toe with Russia, which enjoys shorter, more protected supply lines and can draw upon deep reserves of manpower and ammunition.

“The Russians have been making gains … although the gains are really on any given day measured in blocks,” Kahl said.

“They are not large sweeping breakthroughs of Ukrainian defenses. The Ukrainians remain stalwart defenders. There are significant casualties, but that is true on both sides. So the Ukrainians are definitely taking casualties. The Russians are taking a lot of casualties as well, and the front lines are not moving very much,” he added.

Though Ukrainian officials have been incredibly tight-lipped about their own losses, senior officials recently admitted that Ukraine may be losing up to 200 soldiers a day, with 500 more wounded. Russia’s losses are thought to be roughly the same, but there is no end in sight to the conflict.

“It's not clear whether the minimum requirements of either side match up with the maximum concessions of the other side,” Kahl said.

“We're not going to tell the Ukrainians how to negotiate, what to negotiate, or when to negotiate. They're going to set those terms for themselves,” he said. Kahl stressed that “our role is to help them make sure that they can defend themselves against the Russian onslaught, and they've been doing an unbelievably courageous job at that.”