Biden Says That Leaks About Intelligence Sharing With Ukraine Must End 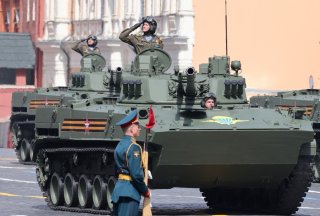 Major news outlets have reported in prior weeks that U.S. intelligence was wholly or partially behind a slew of purported Ukrainian battlefield successes against the Russian military. An NBC story in late April said that Ukrainian forces used specific coordinates provided by U.S. intelligence to shoot down a Russian plane carrying hundreds of troops in the Kyiv region. The New York Times reported last week that battlefield intelligence provided by the U.S. was critical in helping Ukraine kill scores of Russian generals since the war began, though the deaths of only two Russian general officers have been conclusively verified.

Pentagon spokesman John Kirby rebuffed both New York Times reports shortly after their publication. “The United States provides battlefield intelligence to help Ukrainians defend their country. We do not provide intelligence on the location of senior military leaders on the battlefield or participate in the targeting decisions of the Ukrainian military,” he said during a press conference. "We did not provide Ukraine with specific targeting information for the Moskva," Kirby said in a separate statement, adding that the United States had “no prior knowledge” of Ukrainian plans to strike the ship and was in no way involved in the attack.

Despite Russian president Vladimir Putin’s earlier threat to inflict dire consequences on any country found to be aiding Ukraine, there is so far no indication that Russia has taken steps to retaliate directly against Washington over its unprecedented weapons transfers to Kyiv and U.S. intelligence efforts to share real-time targeting information with Ukraine’s military.

Kirby’s denials and Biden’s reported conversation with senior U.S. officials reflect the administration’s approach of providing large-scale aid to Ukraine while trying not to cross lines that Moscow may deem as too escalatory. The admission that Washington is reportedly providing Ukraine with the intelligence to kill Russian generals and strike high-profile military targets serves to amplify the Kremlin’s assertion that the West is waging a proxy war against Russia in Ukraine, a claim that Biden has dismissed as “not true.”