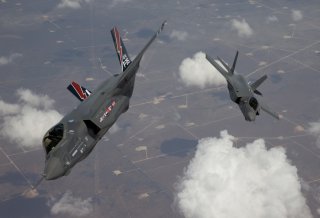 In both houses, the opposition to the bill largely came from progressive Democrats, who have advocated for cutting military spending in order to better fund social programs.

The new law provides the Pentagon with its largest annual budget in history, including $24 billion more than the Department of Defense had requested. The Defense Department’s previous largest budget was passed in July 2020, giving it $740 billion.

The increased spending helps to address a multitude of things and gives U.S. troops a pay raise of roughly 3 percent. Also, it includes funding for a commission to study the failures of the War in Afghanistan, which ended in the ignominious collapse of the U.S.-backed Afghan government in August 2021.

However, the budget’s approval comes only one week after the failure of Biden’s $1.75 trillion Build Back Better bill, which stalled in the Senate after conservative Democrat Joe Manchin (D-W.Va.) said he would not vote for it because it would contribute to the national debt.

Progressives wryly observed that Manchin had voted in favor of the NDAA despite its far larger price tag. He had given his approval to a plan to spread out $1.75 trillion over ten years. But he rejected the plan to spend $777 billion, which covers the Defense Department’s expenditures for only a single year.

“I . . . find it amusing that Sen. Manchin indicates his worry about the deficit after voting this week for a military budget of $778 billion, four times greater than Build Back Better over ten years and $25 billion more than the president requested,” Sen. Bernie Sanders (I-Vt.) said in a press statement. The Vermont senator, a two-time presidential candidate widely regarded as the leader of the progressive movement on Capitol Hill, has long argued that U.S. military expenditures are excessive, and was one of the ten senators to vote against the bill.

The U.S. military budget is far and above the largest in the world, roughly three times larger than the second-largest defense spender, China.