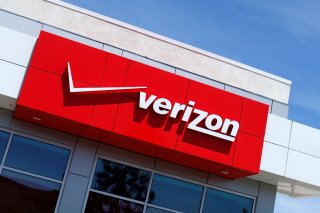 The nation’s major pay-TV providers may have lost nearly two million subscribers in the first quarter of this year, but at the same time, they added about one million broadband subscribers. And the big story is that nascent 5G home wireless services are growing quickly.

That’s according to Leichtman Research Group, Inc., which found that the major companies added that many subscribers, compared to a gain of about 1.1 million in the same period the year before.

As of the end of the first quarter, the companies have a total of about 109.3 million subscribers, of which 75.6 million come from cable companies.

Of those cable companies, Comcast added 262,000 broadband subscribers, to reach a total of about 32.1 million, while Charter added 185,000 to reach 30.2 million. All other cable companies listed added subscribers in the quarter, except for Altice, which lost 13,000.

Overall, the cable companies added 482,830 broadband subscribers, giving them a total of about 75.6 million.

As for the telecom companies classified as “wirelines phone companies,” the major ones made modest gains in broadband subscribers, with AT&T adding 29,000 subscribers and Verizon gaining 35,000 to give them 15.5 million and 7.4 million respectively. Lumen was the only telco company listed that lost subscribers, dropping 49,000 to reach a total of 4.47 million. That category gained a total of 50,000 broadband customers to attain a total of 32.2 million.

The “Fixed Wireless Services” category showed more growth, with T-Mobile adding 338,000 customers and Verizon gaining 194,000 subscribers to their 5G home internet products. That category gained 532,000 customers to reach 1.4 million—a substantial increase compared to a gain of 110,000 in the first quarter of last year.

Earlier this week, CNET took a look at the two 5G internet offerings and the question of whether they can reliably replace more traditional home internet.

“After several weeks of trying out T-Mobile's and Verizon's respective $50-per-month solutions, both have shown plenty of promise for eventually replacing my home broadband,” CNET’s Eli Blumenthal wrote of his evaluation of the services. “But neither have been reliable enough to keep today, so for now, I'm switching back to a more focused home internet provider.”