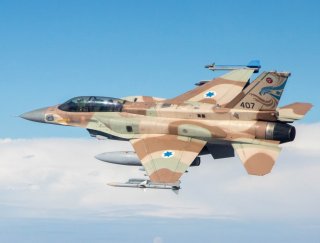 Following Russia’s invasion of Ukraine, a full-blown cold war between Moscow and the West has erupted, and it could have a deep impact on the Middle East and Israel’s grey zone campaign against Iran. However, the origins of this cold war date back well before recent events in Ukraine.

When examining Russia’s role in the Middle East, one must return to October 2015 when President Vladimir Putin first decided to become involved in the Syrian civil war. The purpose of Putin’s intervention was to secure Russian entrenchment in the region, rather than to assist and leave.

What led the Russians to come to Syria after years of civil war? The maneuver was not just to assist Bashar al-Assad; it was part of the return of the cold war. Putin decided to return Russia to the center of the world stage, and not to leave that stage solely for the American superpower.

Anywhere the West or the United States were involved, Russia followed suit, acting as a counterweight. In the Middle East, this has led Russia to build an alliance with the Assad regime and with Iran. In the East, Russia built “partnerships” with China and North Korea under the same calculus of subverting American influence.

Within the Syrian arena, many forces operate beyond those of the Assad regime and Russia, including Iranian-backed Shi’ite militias and Hezbollah. This has turned Syria into a central junction that from Israel’s perspective is of great significance.

Syria is a frequent area of friction between Israel and the Iranian-led axis. As it engaged threats in this arena, Israel successfully conducted seven years of deconfliction with Russia.

It is not only Israel and Russia that deconflicted; the Russians and the Americans—who control eastern Syria—did too, as did Turkey and Russia after Turkey downed a Russian fighter jet in November 2015.

Turkey pursues its interests in Syria, fighting against Kurdish forces in the north of the country, and illustrating just how multi-faceted the Syrian arena truly is.

Why did Russia have to set up arrangements with Turkey that enable Ankara to launch operations against the Kurds? The true story here involves Turkey and NATO. Turkey’s move towards the West was perceived by Russia as a threat in the same way that Ukraine’s approach to NATO was.

Therefore, Russia sought, with some success, to exploit the 2015 jet incident to tear Turkey away from NATO, selling it the S-400 air defense system, a move that resulted in Turkey being ejected from America’s F-35 fighter jet program.

With this complex event in mind, it is safe to establish that Russia is the “boss” in Syria and that Assad has lost his sovereignty from a military, regional, and practical view.

The Russians and the Iranians do as they wish on Syrian soil, and there is no doubt that Russia is the central player. As a result, Israel has faced a double challenge since 2015: How to avoid friction with Russia over Syria, and how to stop Iran from building its attack bases on Syrian soil.

The last thing Israel wants is to hit a Russian jet in the air or inadvertently kill Russian soldiers on the ground. But it wants to safeguard its freedom of operation in Syria, and herein lies the tension.

Russia regularly conducts aerial patrols in Syria, sometimes alone and sometimes with Assad’s air force, exhibiting presence and deterrence. It also has stationed advanced air defense systems in the country, including the S-300 and S-400. Some systems are operated by Syrians, and some by mixed Russian-Syrian teams. This creates yet another challenge for Israel, which must keep track of where these systems are located, which ones are operated by Russians, which by Syrians, and which are mixed. This knowledge is essential to avoid attacking Russian soldiers.

The challenge for Israel is not only to maintain its ability to operate in Syria and deconflict with Russia, it is also to prevent the Iranian and Hezbollah armament program from coming to fruition.

This is the complexity of the Israeli challenge. Can Israel continue to do this without the deconfliction channel with Russia? The answer is yes, but this immediately raises another question: At what price?

There is no doubt that Israeli activities in Syria, Iraq, or Lebanon that would not be coordinated with Russia would lead Russia to exhibit more power in the region. This would likely take the form of deployments of yet more advanced Russian weapons to Syria, more ammunition, more electronic warfare capabilities, and more air defense systems moving to Syria.

Thus, Israel can act alone, but it remains unconvincing to believe that this is the smart choice. It is more important to be smart than right. Israel must take full strategic consideration of cost-benefit analysis. If Israel finds itself facing more systems in Syria that challenge it, and restricted freedom of movement, what will it have gained?

The Americans understand this complexity—as indeed do Israeli decisionmakers—as well as the need for Israel to coordinate with Russia. The United States itself is part of this process, interfacing with Russia in Syria and Iraq.

The gap that therefore arises between what Israel says diplomatically about the Russian war on Ukraine and its actions is understandable to the United States. Israel is conducting itself correctly by sitting on the fence. It is clear that Israel is on the side of the West and that it stands together with those who oppose invasion and aggression, but Israel does not have to be the most vocal and provocative opponent. It has to safeguard its interests instead, viewing national-local interests before international interests.

In this context, that means securing relations with Russia as a power that operates in the Middle East and viewing this objective as a top Israeli interest. Israel’s support of the Western coalition is next down in its list of priorities, and this is the correct sequence to preserve Jerusalem’s core interests in the Middle East.

B.G. Zvika Haimovich (IDF, Ret.) is a publishing expert with The MirYam Institute. He served as the Commander of the Israel Air Defense Forces from 2015-2018, during which time the David's Sling and Arrow 3 systems became operational.