Changing Directions: NORAD Gets Ready for the China Threat 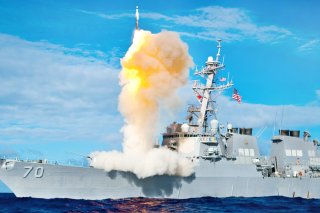 The United States and Canada just wrapped up this year’s edition of Operation Noble Defender, an exercise under the auspices of North American Aerospace Defense Command.

NORAD is a Canadian and American command that detects and defends against aerial threats using a wide variety of networked sensors, including fighter aircraft, aerial refueling tankers, space-based sensors, and ground-based and aerial-based sensors.

"Participating in joint cross-command operations, such as Noble Defender, only increases our operational readiness and our ability to work as a cohesive unit," said Capt. James Johnston, the maritime operations center director for U.S. 2nd Fleet. "This air defense operation demonstrated our joint abilities to outpace threats and defend North America," he continued.

“2nd Fleet coordinated with U.S. Naval Forces Northern and the Continental U.S. NORAD Region for planning and execution. 2nd Fleet’s role in the operation was to facilitate the successful execution of a missile warning informational link,” the statement added.

The U.S. 2nd Fleet was reestablished in 2018 to better respond to challenges in the Atlantic and Arctic Oceans.

The Navy’s statement explained that this year’s iteration of Noble Defender was designed to test NORAD’s ability to detect threats from the southern approach to the United States—a mission NORAD is not optimized for.

Throughout the Cold War, the American and Canadian early warning systems focused on threats from the Soviet Union, which would most likely cross the North Pole or the Arctic to reach targets in the United States.

However, recent Chinese weaponry advances—including a test last year in which a hypersonic body traveled around the globe—laid out in stark terms how challenging it could be for NORAD to defend against threats that do not come from the far north.

Readjusting the number of assets in the United States and Canada to respond to threats coming from other directions could prove to be a colossal undertaking—but it’s one that could prove necessary in the era of great power competition.