A Chinese Invasion of Taiwan: What Happens? Who Wins? 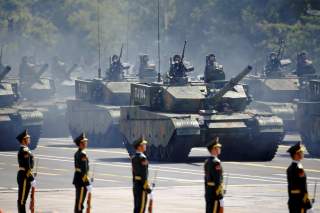 Key point: "In the end, absent a U.S. and Japanese commitment to intervene in the early stages of an attempted PLA invasion of Taiwan, there is only a slim likelihood that the Taiwanese military would be able to “defeat” its opponent in the conventional sense of the term."