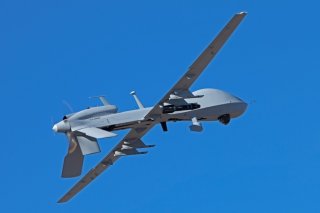 Biden administration officials warned over the weekend that objections had been raised on technical grounds to a proposed sale of advanced MQ-1C “Gray Eagle” military drones to Ukraine. There are concerns that Russian troops could gain access to the drones and their sensitive communications and surveillance equipment if they were shot down over Russian-occupied territory in eastern Ukraine.

The objections were raised during a review by the Defense Technology Security Administration, a Pentagon agency tasked with evaluating weapons exports and preventing the export of sensitive technology. Prior to the DTSA’s objections, the plan to sell Ukraine four of the advanced drones had been approved by the Biden administration, according to Reuters.

Sources within the Pentagon suggested that the possibility of the Gray Eagle’s capture had initially not been a major consideration, but it had been raised during DTSA meetings last week. The Pentagon did not comment on the matter, claiming that reviews of sensitive technology were “a standard practice for the transfer of U.S. defense articles to all international partners,” according to Defense Department spokeswoman Sue Gough.

“All cases are reviewed individually on their own merit,” Gough said. “Through the established process, national security concerns are elevated to the appropriate approving authority.”

Although the sources within the Pentagon reportedly said that the sale had not been called off altogether, they indicated that the decision was being reviewed at a higher level. It is possible that the sale could go ahead without changes, running the risk of Russian drone capture. Alternatively, the drone’s manufacturer could swap out the more sensitive electronics for less advanced versions, degrading the drone’s capabilities somewhat—although such a process would certainly take several months to complete.

Either version of the sale, if moved forward, could later be vetoed by Congress, although both houses have consistently approved past arms support packages for Ukraine and further sanctions against Russia since late February.

The four drones, which reportedly cost roughly $10 million apiece, were originally intended to be used by the U.S. Army but were later shifted to potential use in Ukraine. Each one of the drones can be equipped with AGM-114 Hellfire air-to-ground missiles, regarded as one of the U.S. military’s most effective armaments.

The Ukrainian military has made great use of drones against invading Russian forces, particularly the Turkish-made TB-2 Bayraktar. Bayraktar drones are relatively cheap compared to the cost of traditional military equipment and are highly effective on the battlefield.