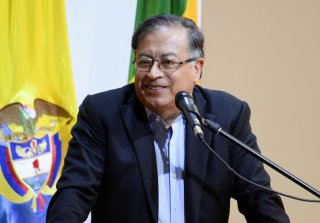 Venezuela and the incoming Colombian government jointly announced on Thursday that they would send new ambassadors to the other’s capital following Colombian president-elect Gustavo Petro’s inauguration, apparently ending a longstanding feud between the two countries and fully restoring their relations.

The two countries’ mutual decision to re-appoint their respective ambassadors was announced in a joint statement by Venezuelan foreign minister Carlos Faria and Colombian politician Alvaro Leyva, who Petro has indicated he will appoint to the position of foreign minister upon his accession to office. The two officials met in the city of San Cristobal, Venezuela, near the Colombian border.

At a joint press conference, Leyva announced that the two men had “expressed their desire to progress on a work agenda towards the gradual normalization of bilateral relations from August 7”—the date of Petro’s inauguration—“by naming ambassadors and diplomatic and consular officials.”

The two foreign ministers also reaffirmed their commitment to security along the two countries’ shared 1,400-mile border. Border issues have remained an endemic sticking point between the two countries and have grown worse in recent years as thousands of Venezuelan migrants have fled to Colombia following a severe economic crisis. Caracas and Bogota have also clashed over the presence of non-state paramilitary groups along the border, including remnants of the infamous left-wing Revolutionary Armed Forces of Colombia (FARC) movement, which signed a peace deal with the government in 2016 but has seen the continued militant activity of dissident factions. Colombian officials, including outgoing President Ivan Duque, have accused Venezuelan leader Nicolas Maduro of intentionally sheltering anti-Colombian rebel groups, while Maduro has countered that Venezuelan anti-government rebels remain active on the Colombian side of the border.

The disagreements between Colombia and Venezuela have long stemmed from opposite political ideologies. The Venezuelan government has taken left-wing political positions since the first election of Hugo Chavez to the presidency in 1999, while Colombia has historically been dominated by centrist and conservative parties. However, Petro—a former member of Colombia’s anti-government M-19 rebel group—won Colombia’s presidential election on an explicitly left-wing platform, marking the first electoral victory for a leftist candidate in the country’s history. The president-elect has also vowed to improve ties with Venezuela once in office.

On Thursday, Levya described his meeting with Faria as “historic,” suggesting that it would lead to “the gradual opening of the border” and a broader improvement in bilateral ties.