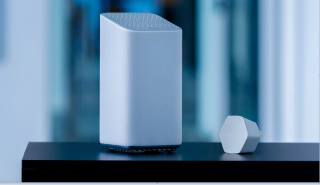 While my own basic tests at home are certainly not scientific, at least for my own uses, the new Comcast Wi-Fi 6 router, or known by their marketing as the Xi-Fi Advanced gateway, is just a whole bunch of awful dressed up in a pretty new white color scheme.

In a previous posting, I had vented my frustrations about trying to get my hands on the router/gateway—not an easy task for sure. However, Comcast was kind enough to send me one quite unexpectedly—thank you to Comcast, that was very nice of you—and I had promised to give it a shake.

After testing the new device for several days, and under the same exact conditions as my older Xfinity router while using the same exact settings (Comcast ports that over during the setup process), I explained in a long-form review that the router actually performs worse than my older device.

But I had not lost all hope just yet. Having always been the type of person who is pretty impatient and loves to test new hardware the moment it is available, I am also used to the sorts of hiccups from half-baked hardware and firmware challenges that can pop up when a device comes to market. My hope was that over time—even a short period of time—the device would get better thanks to firmware updates that would get pushed from Comcast. At present, the device is no better than my initial review.

Well, to be honest, actually it is a little worse. Ok, I was being nice, make that a lot worse.

Most of my connectivity to the device comes in the form of a wired ethernet connection into the router from my desktop PC. With my old router, I consistently received a 900 Mbps download and around 40 Mbps upload—I have a gigabit connection with Xfinity. While my upload has not changed, my download speed is all over the place and is no longer consistent. Sometimes I get 800 Mbps, other days 300 Mbps, other days 500 Mbps. Strange.

From here, things get far worse—and it makes my wife very upset. Sadly my wireless connectivity across my three-floor townhouse has nearly collapsed. All of my TVs that connect to streaming services now take several seconds to connect to programming and sometimes can’t connect at all. In fact, all of our other wireless devices have issues connecting if we are just one floor down from the router. While I can’t say the prior router was a rockstar, I could at least consistently connect. On occasion, I sometimes can’t even get my iPhone to connect in the next room over—only ten feet away. Strange.

All in all, I am pretty bummed. However, I am going to give this a few more weeks. As I had planned to switch to Fios anyway as I am moving, eventually I will have to disconnect the router and bring it back to Comcast. When I do, I will post one more article—and I want it to be a positive one.