Could Liz Truss Usher in a New Era of European Centrism? 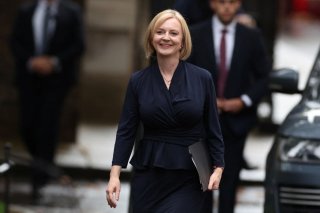 Centrist policies have dominated British politics for decades. Harold MacMillan was elected in 1959 under the slogan “you never had it so good,” with which the majority of Britons agreed. Labour leaders Harold Wilson and James Callaghan (prime ministers between 1964-1970 and 1974-1979) fended off the party’s left wing, nicknamed the “loony left.” The idea of a poll tax regarded as unfair and burdensome on those less well off was instrumental in Margaret Thatcher’s (1979-1990) downfall. Her successor, John Major (1990-1997), and Labour members Tony Blair and Gordon Brown (1997-2010) were ultra-centrists. More recently, Boris Johnson won power in 2019 by conquering the “red wall” of traditional Labour constituencies in northern England by conveying empathy and understanding for the less well-off in poorer areas of Britain. It was no mean feat for a conservative to convince them that he would do more for them than the Labour Party. Despite all the bravado and disregard for rules, he is a centrist politician in the mold of Harold MacMillan.

Maybe Liz Truss will heed these lessons as prime minister. Odds are, however, she will not do so. It did not take long after her nomination before she announced, “I will govern as a conservative.” Unfortunately, her program cannot be financed. It abrogates a key sentence from the Tory idol, Thatcher, that “there is nothing sound or moral in spending money we haven’t got.” With this policy, Truss is doomed to fail miserably. Johnson will wait in the wings and attempt to win back the Tory leadership if opinion polls project a landslide win for the Labour Party in the next election. He will steer the party towards a more centrist policy and might pull another electoral rabbit out of his hat.

Recently, the political center in Europe and the United States staged a remarkable comeback after suffering a near-death experience.

In the April 2022 French presidential election, Marine Le Pen captured 41.5 percent of the vote, compared to 33.90 in 2017. Her party holds eighty-nine out of 577 seats in the national assembly, an increase from eight seats previously. This only happened because she moved toward the center. The party’s name was changed from National Front, which recalled her extremist father who founded the party, to National Rally. She jettisoned her links to Russian president Vladimir Putin and dropped a proposal to take France out of the Europe Union (EU).

Later this month, Italians will also vote in a general election. Opinion polls point to a government formed by three right-wing parties. According to opinion polls, Giorgi Meloni, leader of the Brothers of Italy, will be the winner. Like Le Pen, she initially took a strong anti-EU posture but has recently softened it by speaking about reforming it from within. The eighty-five-year-old Silvio Berlusconi (four-time prime minister from 1996-2011 and leader of Forza Italia), who was a thorn in Brussels’ side and friendly with Putin, now pretends to be the guardian of middle-of-the-road policies if the three-party coalition forms a government.

For Le Pen and Meloni, doubts persist about what they will do if they get into power. But they would never have increased their electoral prospects unless they moved toward the center. The electorate will hold them accountable for cheating on electoral promises to stop them from resurrecting extremism. From a European angle, it is interesting that an exit from the EU or sabotaging the integration is an electoral loser.

They will meticulously watch which way Truss swings and heed the lessons learned to either emulate or differentiate themselves from her policies depending on their effectiveness. Truss’ experience will be pivotal for whether Europe moves towards the center or adopts right-wing policies. Most likely, the result will be a move toward the center or center-right.

In the United States, a similar development is visible. Until a few months ago, it appeared likely that the Republicans would win the midterm election in a “red wave.” But President Joe Biden and the Democratic party have risen from the dead by playing to the center. It now seems possible, even likely, that the Democrats will maintain hold of the Senate and maybe even minimize their losses in the House.

The common denominator for this swing towards the center seems to be that ordinary voters may flirt with extremism but do not trust it will yield effective governance.