PM Draghi Resigns, Italian Elections to Be Held in September 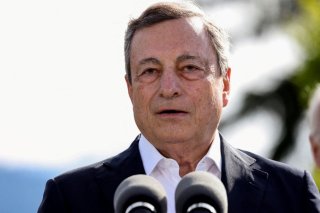 In remarks delivered at the Quirinale Palace, Italy’s official presidential residence, Mattarella tasked the outgoing parliament with deciding on the exact date for the snap election but insisted that it be held within seventy days, placing the election in late September. Italy’s state-run RAI news network later claimed that the election would be held on September 25—the last available Sunday, Italy’s traditional voting day, within the president’s timeframe.

“The period we are going through does not allow for any pause in the action which is needed to counter the economic and social crisis, and rising inflation,” Mattarella said.

Although Draghi, who was appointed to lead a pan-Italian unity government to respond to the Covid-19 pandemic in February 2021, resigned from his position as prime minister on Thursday, Mattarella asked him to remain caretaker prime minister until the new election, and he agreed.

Draghi, a largely apolitical economist and central banker credited with “saving” the euro as president of the European Central Bank during the Eurozone crisis of the early 2010s, has maintained the support of Italy’s liberal and left-wing parties in the upcoming election. However, Italy’s conservative factions, including the powerful far-right Brothers of Italy party, have denounced him and vowed to replace him after the September election. Italian opinion polling suggests that the conservative parties will win a majority in the next parliament, although it remains unclear who they would support as an alternative to Draghi’s leadership.

Draghi’s position as prime minister was made untenable after three of the unity government coalition members—the right-wing League party, the center-right Forza Italia party of notorious former prime minister Silvio Berlusconi, and the unconventional populist Five Star Movement—announced they would no longer support him in confidence votes.

If Draghi’s coalition had not disintegrated, his term as prime minister would have expired in March 2023, when new elections were scheduled to be held.

In addition to managing Italy’s response to the Covid-19 pandemic, Draghi played a key role in the European Union’s sanctions campaign against Russia following its invasion of Ukraine in late February. Italian sanctions on Russia have led to economic problems within Italy, including high hydrocarbon prices and growing inflation.