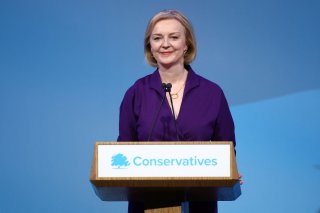 Liz Truss has won the Conservative party leadership contest to succeed Boris Johnson as prime minister of the United Kingdom. Johnson, who was elected in a landslide in 2019, stepped down earlier this year following a series of scandals.

Truss, forty-seven, was previously the foreign secretary and will officially become the country’s leader on Tuesday. Truss defeated Rishi Sunak, formerly chancellor of the Exchequer, in the election. Truss is the third woman to serve as British prime minister; the other two, Margaret Thatcher and Theresa May, were also Tories. Truss is also the fourth consecutive Conservative prime minister, following David Cameron, May, and Johnson.

Per NBC, a general election is unlikely to take place before early 2025. Until then, Truss will almost certainly serve as Britain’s fifty-sixth prime minister.

Truss has been described as a “Brexit convert” who was originally opposed to Britain’s exit from the European Union (EU) before changing her position over time.

Per The Guardian, the EU has called on Truss to abide by the past post-Brexit UK-EU trade agreement.

“I stand ready to work intensively and constructively with my new UK interlocutor to foster such a partnership, in full respect of our agreements,” Maroš Šefčovič, the EU official who handles relations with the post-Brexit U.K., said, per the newspaper.

“Congratulations to Liz Truss on her election,” French President Macron said on Twitter this week “The British people are our friends, the British nation is our ally. Let us continue working together to defend our shared interests.”

“Truss is a Conservative. She’s 47 years old and has been an MP for 12 years and a Cabinet minister for eight, serving under three prime ministers. Her current gig is foreign secretary, meaning she’s also the country’s point person for post-Brexit EU relations — so if you’re reading this in Brussels, you may already be rolling your eyes at this turn of events. She starts work Tuesday as Johnson exits stage left, knife wounds still healing,” Politico wrote about the new leader.

In a different story, Politico made a deeper examination of the leadership election. Especially key was a recent televised debate.

“That evening, she was a woman transformed — calm and steely in the face of a shouty and visibly overexcited Sunak, who knew he desperately needed a game-changer moment after polling of Tory members showed Truss was by far the preferred candidate. Every poll and every pundit called the debate for Truss. Her allies dared to believe that the momentum in the race to replace Boris Johnson was finally tilted in her favor,” the report said.