Could Russia and Turkey Build a Stealth Fighter Together? 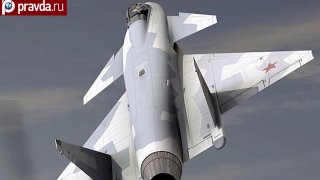 Russia’s Sukhoi Su-57 is currently Moscow’s only stealthy airframe—though some of the fighter’s stealth characteristics may be questionable. It’s not the only stab Russia’s aerospace industry has taken at a stealth airframe, however. Along with the failed MiG 1.44, which was Russia’s attempt at an F-22 Raptor competitor, there is another, less well-known stealth fighter up Moscow’s sleeve. Meet the Mikoyan LMFS.

Although the LMFS program is rather nebulous, it is believed that the proposed light fighter would share some components, particularly engine technology, with other advanced Russian fighters. Mockups of the proposed fighter indicated that the LMFS could have a chined nose and fuselage and a bubble canopy similar to the United States’ F-22 Raptor as well as a V-shaped tail assembly. Though the final design is not publicly available, proposed designs seem to include a delta wing design with small canards.

Still, regardless of if the design is finalized or not, it is likely still a ways away from entering serial production. But there is potentially room for the LMFS program to grow—with the help from a somewhat surprising source.

Turkey and Russia’s complicated relationship pits them against each other in some areas and alternatively sees them cooperating in others. One of their most notable areas of cooperation is in military hardware — specifically air defense.

Earlier this year, Ankara took delivery of Russia’s much-vaunted S-400 air defense system. The S-400 is arguably one of the most capable air defense systems in the world, capable of tracking a variety of targets simultaneously at extended ranges.

Ankara, a North Atlantic Treaty Organization ally, undermined the military alliance when it took possession of the system. The consequences were immediate. Turkey was expelled from the F-35 stealth fighter program, due to fears that the F-35’s flight characteristics could be discovered by Russia. In addition, Turkish F-35 component manufacturing was promptly moved stateside.

Turkey may hope to deepen the growing Moscow-Ankara axis by cooperating on their own indigenous stealth fighter project with Russia. Turkey’s proposed two-engine stealth fighter, the TAI TF-X, has been repeatedly delayed. One of the major hurdles the ambitious stealth fighter has to clear is engine development.

Turkey lacks the manufacturing capability to indigenously design and build sufficiently powerful engines for a stealth fighter design and has turned to foreign expertise. One of the potential providers of engine technology? Russia. After all, Moscow has proven open to exporting their engine expertise in the past, notably to China, and it would not be entirely surprising to see Russia export to Turkey.