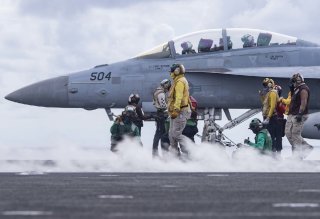 Aircraft carriers have always faced seriously deadly threats. In the past it was submarines, which long posed the most danger to carriers. Modern anti-submarine warfare (ASW) has given the advantage back to the carrier strike groups, which can better screen and protect the capital ship. While unmanned submarines could present a new problem, the greatest danger could come from hypersonic missiles.

Because of the speed at which hypersonic missiles travel the force is so significant that these can inflict damage by sheer "kinetic" impact without needing explosives. Experts fear that the missiles could be impossible to defend against and could reshape warfare. This is why some have suggested that the U.S. military invest in the technology rather than massive warships – in part because the weapons could quite easily destroy those warships.