Japan's Hypersonic Missile (A 'Carrier-Killer') is a Warning to China 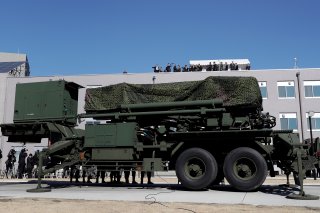 Here's What You Need To Remember: Tokyo wants the new HVGP to help it defeat Chinese forces. The 2026 model is for “targeting a potential enemy invading Japan's remote islands,” The Mainichi newspaper reported.

David Axe served as Defense Editor of the National Interest. He is the author of the graphic novels  War Fix, War Is Boring and Machete Squad. This article first appeared in early 2020.