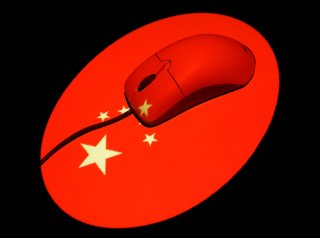 Chinese aircraft carriers, fifth-generation stealth fighters, infantry carriers and drones strike what many people regard as a “concerning” resemblance to comparable U.S. platforms.

Not only has there been consistent and well-documented concern about Chinese espionage regarding the theft of U.S. technology and many specific weapons specs, but to the simple observer, there does seem to be a noticeable pattern. Usually, several years after a new U.S. platform emerges, the Chinese People’s Liberation Army unveils a strikingly similar platform revealing a troubling degree of nearly identical configuration. Now, this does not mean the sensors, fire control, weapons system or other less visible technical aspects of a given platform have been copied as well. Still, this pattern of apparent “copying” is widespread and very noticeable.

Several years after the USS Ford-class carriers emerged onto the scene with a larger, flatter flight deck, the Chinese abandoned its “ski-jump” aircraft carrier design in favor of something that looks nearly identical to a USS Ford-class configuration. The now-emerging Chinese VT5 “light tank” could easily be seen as a conceptual and technical rip-off of the U.S. Army’s now underway Mobile Protected Firepower program to engineer a faster, more agile and deployable lethal battle tank.  Similarities between the J-31, J-20 and U.S. fifth-generation stealth aircraft have been discussed for many years now, given the recognizable extent to which the external stealth configuration resembles U.S. stealth renderings such as an F-35 blended wing-body configuration, internal weapons bay and seemingly seamless bolting or connecting of fuselage segments.

The apparent similarities do not seem limited merely to external design but expand to weapons applications as well. China’s large, medium-altitude reconnaissance drone, the WJ-700, not only mirrors the MQ-9 Reaper in appearance but is also armed with an anti-ship missile.  A large drone armed with an anti-ship missile may even be an attempt to take the weaponization of something like the MQ-9 Reaper to a new level. The Reaper now fires a wide-ranging arsenal of weapons to include the recent addition of the AIM-9X air-to-air missile, yet it does not seem clear that the United States now operates a drone armed with an anti-ship missile. Certainly, fixed-wing aircraft such as a B-1B bomber or fighter jet can shoot something like a Long Range Anti-Ship missile from the air, and Northrop Grumman and DARPA are now engineering a new “Long-shot” armed drone platform to potentially fill this gap.

What is significant about this apparent Chinese pattern of replicating U.S. technology designs, specs and even weapons applications, is the timing with which they appear. Each of the respective copy-cat Chinese systems regularly surfaces several years behind the U.S. system they appear to be trying to replicate.