Defense Industry Prepares for the Long Haul in Ukraine 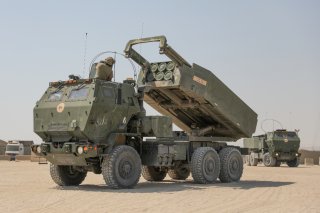 The Pentagon is working to help the defense industry ramp up the production of weapons systems to meet Ukraine’s short and long-term needs during its protracted war against Russia.

In the long term, one of the key challenges is scaling production and front-loading supplies items essential to weapons production.

William LaPlante, Under Secretary of Defense for Acquisition and Sustainment, explained during a press briefing last week that suppliers are taking aggressive steps in anticipation of growing demand. This means preparing to manufacture and deliver key subcomponents like microelectronics, ball bearings, and actuators.  Performing analysis of the supply chain and potential production capacity is critical to any effort to increase production, LaPlante said.

“It’s really about the companies and their capability, regardless of getting the money - if they got the money today, how quickly they can get to those numbers. And just to remind everybody, this is always the case with production. Production doesn’t just start and stop overnight, it takes time,” LaPlante said.

These production dynamics raise questions about the kinds of platforms and technologies Ukraine will need in the near and long-term fight. High Mobility Artillery Rocket Systems (HIMARS) continue to be in strong demand. Pentagon officials have repeatedly noted how they are being used to great effect against Russian supply lines, equipment depots, and force concentrations. These rockets enable Ukrainian forces to destroy high-value Russian targets from standoff distances than those afforded by traditional artillery.

When asked if Ukraine needed longer-range missiles capable of reaching farther into Russia, Under Secretary of Defense for Policy Sasha Baker said most of Russia’s high-value targets are in Ukraine and reachable using HIMARS or Guided Multiple Launch Rocket System (GMLRS). Ukraine will also continue to require a steady flow of anti-armor weapons, ammunition, and small arms. In recent aid packages, the Pentagon has provided tactical trucks, transport vehicles, and other heavy equipment to help Ukrainians advance and hold recaptured territory.

As part of this equation, some analysts question whether Ukraine might need more tanks from NATO allies, potentially even export variants of the U.S. Abrams main battle tank. But LaPlante and Baker indicated that tanks were not likely to be sent to Ukraine anytime soon.

“We know that the Russians have sent operators to receive training in Iran on how to use the UAV systems that Iran has provided. And, you know, we’ve assessed, again, that they intend to use these UAVs for not only the kind of sort of additional air-to-surface attacks, but also potentially electronic warfare targeting on the battlefield in Ukraine,” Baker said.