Did the Taliban Really Have No Idea Zawahiri Was in Kabul? 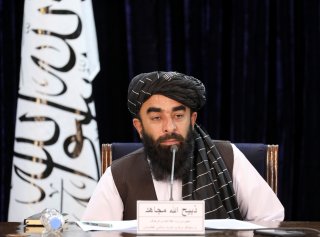 A Taliban spokesman announced on Thursday that the group was investigating the United States’ “claim” to have killed Al Qaeda leader Ayman al-Zawahiri in Kabul, claiming that the group’s leadership had not known about his presence in the Afghan capital.

“The government and the leadership [of the Taliban] wasn’t aware of what is being claimed, nor any trace [that Zawahiri was] there,” Taliban spokesman and designated UN ambassador Suhail Shaheen claimed in a press statement. “Investigation is under way now to find out about the veracity of the claim,” he added.

President Joe Biden announced in a special televised address on Sunday that U.S. forces had killed Zawahiri with a drone-launched missile after months of surveillance. Anonymous U.S. officials later claimed that the missile in question had been a modified “Hellfire” rocket with its explosive warhead removed and a series of blades attached on each side, killing the terrorist leader with no collateral damage to his family or other civilians. The strike is thought to represent a major blow to Al Qaeda, which Zawahiri had led since the death of his predecessor, Osama bin Laden, in 2011. It is unclear who will succeed him as Al Qaeda’s next “emir,” or military leader.

After the U.S. airstrike, the Taliban-led government of Afghanistan released a statement announcing that the strike had taken place and condemning the United States for violating Afghanistan’s sovereignty. High-level officials have also reportedly held closed-door meetings over the past week to discuss how the group should respond to the strike.

However, Taliban leaders have not publicly commented on the group’s ties to Zawahiri and Al Qaeda, which the group was required to cut all ties with following the signing of the Doha Agreement in exchange for the United States’ withdrawal from Afghanistan. Outside observers have warned that the Taliban has continued its cooperation with Al Qaeda, and Zawahiri’s residence was located in one of Kabul’s richest neighborhoods, making the shadowy militant leader a neighbor to many of the Taliban’s highest-ranking commanders.

U.S. secretary of state Antony Blinken claimed in a statement on Monday that Zawahiri’s presence in the city suggested that the Taliban had “grossly violated” the Doha Agreement, adding that it had also failed in its commitments to protect human rights and the rights of women and girls within Afghanistan.

Shaheen vowed in his remarks, however, that the Taliban remained committed to the promises it had made in Doha.