What the Zawahiri Strike Means for the Future of Drone Warfare 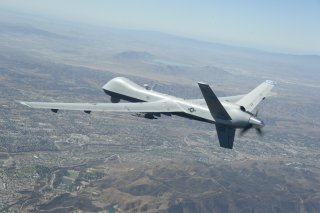 The successful drone strike on Al Qaeda leader Ayman al-Zawahiri offers reveals two distinct yet interwoven realities. Not only does the strike remind Americans that the threat of terrorism and Al Qaeda remains persistent, but it also underscores that the United States has by no means lost its intensity and vigilance in counterterrorism.

This strike was quite an accomplishment, given that it comes as the United States is increasingly focused on great power competition. Despite the prioritization of competition with China, it is clear that the Pentagon and the intelligence community have retained a razor-sharp focus on hunting and killing terrorists who threaten the United States.

The terrorist threat seems to have a timeless quality, as terrorists may even use time as a weapon of war, planning strikes when they are less expected. However, those involved in U.S. counterterrorism strategy clearly understand this, which is why drones, surveillance planes, and special forces units remain engaged in non-contested yet terrorist-friendly environments. Simply put, the Pentagon and the intelligence community appear to understand that the war on terror continues and will require persistent vigilance and resolve.

While many specifics on the aircraft, weapons, and tactics used in the Zawahiri strike are not likely to be available for security reasons, the successful operation does reinforce the importance of retaining larger, often less stealthy armed drones. Certainly, spending on large drones, such as the Reaper, Global Hawk, and other platforms deemed less survivable in a contested great power war environment, has been the subject of great debate, but their continued value is clearly understood as well. Long-range sensors and guided weapons, along with a growing ability to extend missions at higher altitudes, make larger, long-endurance drones attractive to commanders who need to blanket high-threat areas with surveillance. This can help build intelligence over time by identifying “pattern of life” variables, enemy movements, and windows of vulnerability.  The Reaper, a larger drone that has been extremely successful in the war on terror, now operates with a much more powerful arsenal of weapons, including AIM-9X air-to-air missiles and even air-dropped bombs.

Although larger armed drones are often not thought of as stealthy given their shape and size, they can become more survivable by varying flight patterns and routines, employing longer-range, high-resolution sensors, and firing precision weapons from safer stand-off distances. Also, given the pace of advancement with artificial intelligence and computer processing, some of these larger surveillance drones can function as flying aerial nodes capable of gathering and organizing time-critical data at the point of collection, allowing them to share relevant information with other systems and operators.