Dish Network Is Going to Die. The Only Question Is When. 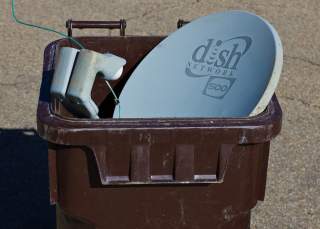 Dish Network, going back years ago when I worked in the cable industry, was a company that was feared by Cox, Comcast and then Time Warner. Dish had a lot going for it: really good prices and promotions designed to grab market share (including lots of free installation deals) and a strong channel lineup with great foreign-language programming. Moreover, their customer service was responsive and respected across the industry and did all they can to make their service as user-friendly as possible. They were a fierce competitor that many cable companies had a hard time trying to beat—especially when customers were looking for the best value in the 2000s. I would cringe when a customer called into my phone and said they were moving to Dish. I knew it was going to be a tough retention pitch to keep that subscriber from leaving. And most times it proved to be a mission impossible, as the satellite dish was already installed.

Unfortunately for Dish—and cable TV companies as well—the good times have long since passed. In fact, Dish keeps losing customers at an astonishing rate. During the 4th quarter of last year, the company lost another 194,000 subscribers. On top of losses during the last several quarters, it’s hard to see how Dish’s business model can keep taking these sorts of losses up and expect to survive in any capacity. In fact, some see the entire cable and satellite industry turned on its head by 2024.

However, the bad news does not end here. Sling TV, Dish’s over-the-top streaming service that shows a lot of promise, is now losing customers as well. Dish reported a loss of 94,000 Sling subscribers in the 4th quarter—that really has to hurt, but seems like a self-inflicted wound. For some reason, Dish raised prices on Sling a staggering twenty percent on two of its most popular packages. Considering the competition in the streaming services these days from places like Netflix, Hulu and cable-like services such as YouTube TV, such losses were guaranteed.

It seems, at least for now, Dish has pinned its hopes on getting into the cellphone industry—but good luck with that considering how steep the competition is. Some experts are even speculating that Dish is for sale. With a rapidly-shrinking customer base and moves into new products that pit Dish against established brands like AT&T and Verizon, Dish seems to be looking to lose even more money. I don’t see any reason why anyone would want to buy Dish at this point. It would be like lighting money on fire.