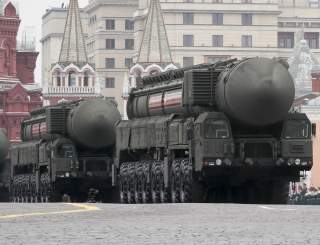 Key point: Why have a regular missile, when you can have a faster hypersonic one that is harder to shoot down? That is the logic behind Russia's impressive Avangard missile.