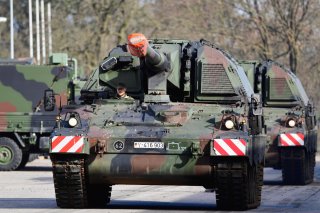 As the war in Ukraine enters its fifth month, Western countries have unveiled a new round of military and economic support for Kyiv.

President Joe Biden has announced an additional $1 billion in security and economic assistance to Ukraine. “I informed President Zelenskyy that the United States is providing another $1 billion in security assistance for Ukraine, including additional artillery and coastal defense weapons, as well as ammunition for the artillery and advanced rocket systems that the Ukrainians need to support their defensive operations in the Donbas. We also discussed Secretary Austin’s efforts in Brussels today to coordinate additional international support for the Ukrainian armed forces,” Biden said in a statement following his phone conversation with Ukrainian president Volodymyr Zelenskyy.

Secretary of Defense Lloyd Austin reiterated the U.S. commitment to Ukraine during a Ukraine Defense Contact Group meeting in Brussels. "We must intensify our shared commitment to Ukraine's self-defense, and we must push ourselves even harder to ensure that Ukraine can defend itself, its citizens and its territory. But make no mistake, Russia's unprovoked and indefensible invasion isn't just a danger to Ukraine. It's a menace to European security, and it's an affront to the rules-based international order that protects us all,” he said. The U.S. will provide a further $225 million in economic and humanitarian assistance to Ukraine, which will go toward “supplying safe drinking water, critical medical supplies and health care, food, shelter, and cash for families to purchase essential items.”

British prime minister Boris Johnson announced at the NATO summit in Spain that his country has committed another £1 billion, or upwards of $1.2 billion, in security assistance to Ukraine. "Unless we get the right result in Ukraine, Putin will be in a position to commit further acts of aggression against other parts of the former Soviet Union, more or less with impunity,” Johnson said. The new British aid will go toward “sophisticated air defence systems, uncrewed aerial vehicles, innovative new electronic warfare equipment and thousands of pieces of vital kit for Ukrainian soldiers,” according to British officials.

The American and British announcements are part of a larger NATO initiative to continue providing Ukraine with significant long-term support while taking steps to shore up the alliance’s defenses. The number of U.S. service members in Europe has surged from 80,000 to over 100,000 since Russia commenced its invasion of Ukraine, with the United States also repositioning key military units in central Europe closer to NATO’s eastern flank.

"President Putin's war against Ukraine has shattered peace in Europe and has created the biggest security crisis in Europe since the Second World War," said NATO chief Jens Stoltenberg at a news conference, according to Reuters. "NATO has responded with strength and unity," Stoltenberg added.