Leading From Behind in Ukraine 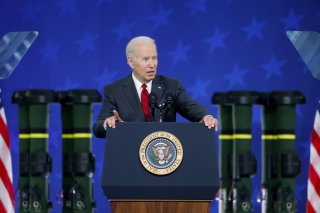 IF VLADIMIR Putin fails in Ukraine—and the experts almost all suggest that he already has—it will be because he attempted to impose an old imperial strategy on a twenty-first-century nation-state. Russia got so hung up on post-Soviet grandiosity—its contempt for decadent liberal democracies, its sense of Orthodox moral mission, its bitterness about Western encroachments east—that it dramatically underestimated the resilience of Ukrainian nationalism. Some analysts argue that Putin knew his “window of opportunity” in Ukraine was closing. Well, it seems to have been slammed further shut. I spoke to a Ukrainian businessman who said he wanted to build a statue to Putin in Kyiv. “He has done what nobody before him could do,” he said. “He has united Ukraine.”

The key for America is to learn from Russia’s mistakes. Every Atlanticist think tank bore across the world has made the point that NATO has been re-energized, and it’s partly true. Sweden and Finland are joining. Brexit Britain has led the weapons-sending charge. Let’s give Vlad the Invader a ever bloodier nose!

Once all the chest-thumping calms, however, and Ukraine settles into another decade or two of disputed borders, it might be worth considering if the lesson of the 2022 war really will be that Russia tested the West’s military resolve and found its own wanting. It is the Ukrainians who have fought, not NATO. America, Britain, and Europe have (so far) not officially committed troops.

Yes, America has supplied the Ukrainians, a still staggeringly corrupt country, with billions upon billions in military aid as well as endless streams of officials over the years. At the time of writing, the gamble appears to have partly come off—although thousands of poor Ukrainians are having to pay in blood so that Western arms manufacturers can get richer and we can feel good about ourselves. It’s true to say that America has had some unusual success in nation-building when it comes to Ukraine—forming a proud democratic consensus in most of Ukraine. The thousands of U.S. bureaucrats based in the country in recent years must have been doing something right.

The foolish thing, however, would be to let the hubristic “the West is back, baby” narrative come to define America’s foreign policy. The West isn’t back because it never really went away. It’s just not very clear what it stands for anymore. Is it a grand security superstructure? Or merely a mechanism for stopping Russia?

The war has proved that Europe can and should play a bigger part in deciding what happens on its eastern flank. European states are currently bickering over what is the ideal approach to Russia now. Given Europe’s proximity to Russia, that is exactly how it should be. It’s right that Poland, Austria, Germany, France, and Britain, rather than the United States, should feel more concerned about the future of the Donbas.

NATO has not needed to stand that firm because Putin is not so far in a position to invade the Baltic states, which would trigger an Article V response. He may still deploy nuclear weapons, of course, but that would be the end of the world as we know it. No thanks.

The truth—difficult to accept though it may be to bloodthirsty hawks—is that America’s relatively backseat role in the Ukraine conflict has been far more effective than its more direct approaches in Iraq or Afghanistan or Libya ever were.

America is often accused of “leading from behind” in foreign affairs, as if such an approach were cowardly and therefore wrong. But that notion should be spun around. The Ukraine experience shows that, as keen students of such matters know, commanding from the rear is often the best way to do it.

Freddy Gray is the Deputy Editor of The Spectator.