The EU and NATO Point Fingers at Russia Over Pipeline Attack 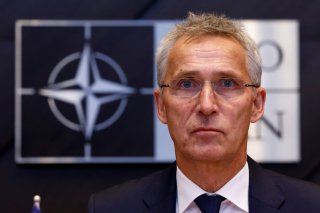 The Nord Stream 1 pipeline that delivers natural gas to Germany from Russia via the Baltic Sea is rapidly leaking gas into the ocean. Danish air force fighter jets snapped pictures of the leaks and published them online.

The Swedish National Seismic Network detected a magnitude 2.3 earthquake following a series of explosions in the areas where the pipeline is leaking. Although no group has claimed responsibility for the leak, a growing chorus of NATO officials and western politicians are pointing to Russian sabotage.

A statement from NATO said the following:

“The damage to the Nordstream 1 and Nord Stream 2 pipelines in international waters in the Baltic Sea is of deep concern. All currently available information indicates that this is the result of deliberate, reckless, and irresponsible acts of sabotage. These leaks are causing risks to shipping and substantial environmental damage. We support the investigations underway to determine the origin of the damage.”

It added that “we, as Allies, have committed to prepare for, deter and defend against the coercive use of energy and other hybrid tactics by state and non-state actors. Any deliberate attack against Allies’ critical infrastructure would be met with a united and determined response.”

Though the pipeline servicing Germany is currently not operational due to alleged maintenance issues, it is unlikely ever to come back online. Before Russia’s invasion, the pipeline had been used to power German industry, though critics have said the energy project made Berlin dangerously dependent on Moscow.

The NATO statement echoed an earlier statement from the European Council, which stated that “The European Union is deeply concerned about damage to the Nord Stream 1 and 2 pipelines that have resulted in leaks in the international waters of the Baltic Sea.”

“Safety and environmental concerns are of utmost priority. These incidents are not a coincidence and affect us all,” the statement continued. “All available information indicates those leaks are the result of a deliberate act. We will support any investigation aimed at getting full clarity on what happened and why, and will take further steps to increase our resilience in energy security. Any deliberate disruption of European energy infrastructure is utterly unacceptable and will be met with a robust and united response.”

Russian officials have completely washed their hands of the incident, even moving to convene a United Nations Security Council meeting to investigate the incident.

Russia’s denial of responsibility notwithstanding, experts have speculated that the devices which caused the explosions may have been placed via submarine days or weeks ago. If true, it would represent a striking example of premeditated Russian escalation in response to crippling sanctions imposed by Western countries.