F-15SE Silent Eagle: A 'Stealthy' Spin on a Classic Fighter Jet (But a Good Idea?) 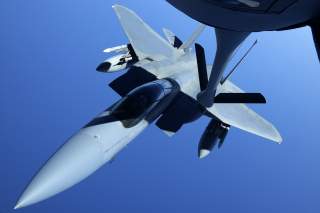 Silent Eagle would have to remain substantially lower than the much stealthier F-35A’s projected $85 million cost, or there would little point to procuring them. The fact that a figure of $100 million per Silent Eagle was widely floated around in the past does not seem encouraging on that front.