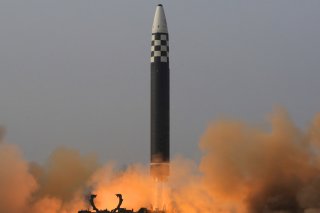 A routine test flight ended in disaster when a Minotaur II+ rocket exploded during a test flight at Vandenberg Space Force Base yesterday shortly after take-off. There were no fatalities.

A statement released by the Vandenberg Space Force Base did not lead to any revelations about what exactly when wrong but did state the following:

There were no injuries in the explosion and the debris was contained to the immediate vicinity of the launch pad.

"We always have emergency response teams on standby prior to every launch," said Col. Kris Barcomb, Space Launch Delta 30 vice commander and launch decision authority for this launch, "Safety is our priority at all times."

“An investigative review board has been established to determine the cause of the explosion.”

The test flight is part of an effort by Lockheed Martin to modify the Mk21 reentry vehicle, a Cold War-era munition, and part of the United States’ intercontinental ballistic missile nuclear triad. The goal of the effort is to provide a reliable delivery vehicle for the W87-1 nuclear warhead for the Ground-Based Strategic Deterrent weapon system, the successor system to the Minuteman intercontinental ballistic missile system.

The United States Air Force awarded Lockheed Martin the contract in 2019. “It is essential that Lockheed Martin continue our long-standing ICBM partnership with the Air Force to provide them with advanced solutions,” a press release from 2019 announcing the award explained.

Lockheed Martin previously explained that the company would “work closely with the Air Force and the National Nuclear Security Administration to provide a technically low risk and affordable solution to modify existing Mk21 reentry vehicles with the capability to deliver the W87-1 Warhead for the Ground-Based Strategic Deterrent Weapon System.”

The failed flight test was one of two test flights. Though the first ended in disaster, the second is reported to be scheduled for mid-2023. It is unclear how or if this first failure will affect the second test launch, though no doubt there will be a raft of additional safety measures and pre-launch checks to mitigate the risk of a similar launch disaster.

What the implications are for the ground-based component of the United States’ nuclear triad are also unclear. It could be the case that the Ground-Based Strategic Deterrent weapon system’s 2029 service date could be postponed.