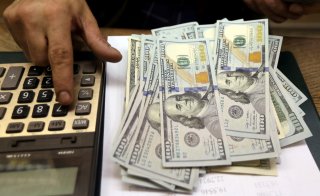 This week the Federal Reserve announced the most unprecedented market involvement in its history. Created in 1913 to act as the U.S. central bank and lender of last resort, the Fed has attempted to act as a regulator of the money supply and interest rate for over a century. Now it is pledging to do more than it ever has in an attempt to ward off the beginning of an economic depression.

Ignited by the coronavirus pandemic and built on the quantitative easing policies of the Federal Reserve in the past decade, the boom and subsequent bust of the economy took place at the beginning of this month. The stock market saw day after day of significant fall offs, eventually eliminating any gains made under the Donald Trump administration.

In order “to support smooth market functioning,” the Federal Reserve announced that it will place no limit on its purchasing of government bonds and mortgage-backed securities. It is even buying corporate debt for the first time in its history. This means the central bank will bankroll any expenditure by congress, along with flooding the market with even more cheap credit. This is all in an attempt to boost demand, the central plank of Keynesian economic theory.

The Federal Reserve’s balance sheet is currently close to seven trillion dollars. It’s expected to be as much as nine or ten trillion by the end of the immediate crisis point (if there is an end).

“For some perspective on just how fast the Fed is moving, it intends to purchase $625 billion this week alone. That’s more than the entire $600 billion second leg of quantitative easing that ran for eight months, from November 2010 to June 2011,” reports CNBC news.

The managers at the Fed have kept U.S. interest rates exceedingly low for a decade, since the 2008 economic crisis. Normally, under panic conditions, the bank would cut interest rates. But the rates are already at near-zero; the money in people’s banks is growing no appreciable interest. Some Keynesians have proposed moves as excessive as negative interest rates, where people actually lose money if they’re not spending it. There’s no sign the Federal Reserve is ready to take that kind of unprecedented action, however.

Similarly, the Fed is still unwilling to purchase stocks or high-yield corporate bonds. To even attempt such a move would require permission from congress.

Congress, on its part, is expected to act in concert with the Fed. Keynesians traditionally prefer a two-pronged approach of the monetary and the fiscal. Both, in theory, can be used to engender demand and revive economic growth. Congress has been debating a multi-trillion dollar stimulus package for days, but negotiations have become stalemated.