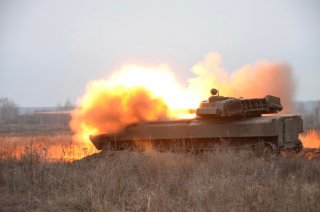 Russia is preparing to “eliminate unacceptable threats” to its national security, with or without U.S. and NATO approval, Foreign Minister Sergey Lavrov announced on Friday following a meeting between President Joe Biden and Russian president Vladimir Putin.

In his remarks to the Russian state-run RIA Novosti outlet, Lavrov indicated that Moscow would continue its negotiations with the United States and NATO in the hope that a diplomatic agreement to reduce tensions in eastern Europe could be reached. However, he insisted that the Russian government would not allow its demands to be subject to “endless discussions” and would expect quick action.

Tensions have built up between Russia and NATO over Moscow’s decision to deploy tens of thousands of its troops along the Ukrainian border, which Western observers have warned could lead to a war in early 2022.

Russian leaders have denied planning an invasion of Ukraine. However, it has requested that NATO cease its military exercises and missile deployments in Eastern Europe, and has asked it to commit to excluding Ukraine from future membership in the military alliance. More broadly, Moscow has cautioned NATO leaders against the alliance’s further expansion eastward into the former Soviet bloc. Many states formerly in the Warsaw Pact, the Soviet Union’s defense treaty, are now NATO members, including Poland, Hungary, and Romania. Estonia, Latvia, and Lithuania, three states formerly constituent members of the Soviet Union itself, are also members of the alliance.

Russian leaders have argued that the alliance’s presence in eastern Europe, and its growing ties to Ukraine, have undermined regional security and led to geopolitical tensions between Russia and the United States. Kremlin officials have compared Ukrainian NATO membership to the Cuban Missile Crisis, a month-long confrontation during which the United States refused to allow the Soviet Union to place its missiles in Cuba on the basis that it would severely threaten U.S. security.

Both Biden and NATO leaders have indicated that Russia’s demand that Ukraine be excluded from NATO is infeasible, arguing that the decision lies between Kyiv and existing NATO members and that the bloc’s rules do not allow for an outside veto in the admission process.

In spite of their differing positions, however, U.S. officials have called for further dialogue with Russia to resolve the crisis. The phone call between Biden and Putin on Thursday was the second conversation between the two leaders in December. Further negotiations between U.S. and Russian diplomats are also scheduled for early January.

Lavrov said that Moscow would pursue “all necessary measures to ensure a strategic balance,” regardless of the negotiations’ outcome.